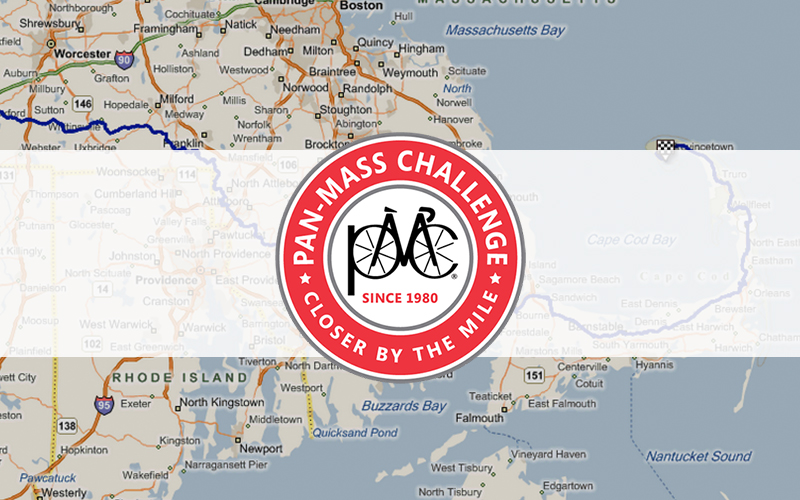 When it comes to helping others, Moretown resident Don Wexler goes the distance, literally. Every year, Wexler and his cycling team participate in the Pan-Mass Challenge (PMC) a two-day fundraising bike-a-thon held on the first weekend in August to benefit the Dana-Farber Cancer Institute in Boston.

Wexler has been riding the PMC since 1983, two years after it opened. To date, he has personally raised over $300,000 for Dana-Farber. As a team, Wexler and fellow 80 riders have raised over a million dollars a year. It’s an extraordinary feat, and when The Valley Reporter interviewed Wexler about it, he was sure to share the glory. “The people that supported me, I always make sure that they know we’re all part of it. Everybody. Whether someone donates $10 or $2,000, we’re all part of finding a cure for cancer,” said Wexler.

To fundraise for the PNC, riders commit to raising between $600 and $8,000, depending on the route they ride. While the PMC has multiple routes and distances, the full ride goes from Sturbridge, Massachusetts, to the end of the Cape in Province Town, Massachusetts, a 190-mile journey.

RODE TO THE EVENT

However, as Wexler’s teammate Craig Eilers, Moretown, pointed out, the journey is often times much longer than that. “I’m sure Donny told you this, but instead of driving there, we started riding our bikes down to the event,” said Eilers, reminiscing about his rides with Wexler. In other words, not only do Wexler and his fellow Valley PMC riders complete the 190-mile challenge, they also bike roughly 190-miles to get there, staying at inns and stopping at restaurants along the way.

Eilers pointed out that the PMC (and the accompanying 190-mile commute) “isn’t that hard” when prepared. To train for the event, Eilers suggests riding 20 miles on a regular basis, up to 60 miles on the weekend, and 100 miles at least once before the event. “The hardest part is conditioning your body to be on a bike for that long,” said Eilers.

Wexler introduced Eilers to the PMC when Wexler started riding it nearly 40 years ago. But back then, Wexler never would have imagined he would become the beneficiary of Dana-Farber cancer treatment someday.

In 2015, Wexler was diagnosed with acinar cell carcinoma (ACC), a rare subtype of pancreatic cancer with a 5% survival rate. While Wexler was receiving his treatment from Dana-Farber, he continued to ride in the PMC. “I’d be in chemo land every two weeks, but by four or five days after, I would feel somewhat back to normal and I would get back on my bike,” said Wexler. “I swear it must’ve saved me.”

The year Wexler was diagnosed with cancer, he rode the PMC with a guardian angel on the lookout for his well-being. “Lise, my wife, unbeknownst to me, always made sure someone was in the area, or that someone was riding with me,” he said.

Today, Wexler is cancer free, and has the PMC and Dana-Farber to thank. “I thought, how did I make it through? Only 5% of people with pancreatic cancer make it through. Maybe one of the reasons was my involvement with PMC and Dana-Farber. My tumor got put into a research program, where doctors made some amazing breakthroughs,” said Wexler, who now visits his oncologist, Dr. Wolpin, every six months for a scan. “I have a scan every six months. but I think Dr. Wolpin just likes to see me,” said Wexler with a chuckle.

This year, with the health and safety issues posed by the pandemic, the PMC hosted a virtual event. Wexler organized the Mad River Valley PMC Reimagine, a mini bike-a-thon that attracted 20 new riders to the cancer-fighting cause on August 1. “The Reimagine started at Camp Meade in Middlesex. The goal was to have people do 100k, or just over 60 miles,” said Wexler. He thanks Red Hen owners Liza Cain and Randy George for après-ride pizza and Camp Meade owner Russ Bennett for staging the event at Camp Meade.

But Wexler isn’t the only longtime PMC-riding Mad River Valley resident. Jen Bennett, a Warren resident known for her nonprofit dog food supplying nonprofit, Pawsitive Pantry, has been attending the PMC for 30 years, and has personally raised over $275,000 for Dana-Farber. “When you commit to something for that many years, it adds up!” she said.

Bennett got involved with the PMC after being awestruck when picking up her stepdad after he had completed the ride. “I was completely blown away by the spirit and camaraderie of the event,” said Bennett.

When Bennett first started, she was by no means a professional cyclist. She showed up in tennis shoes and a T-shirt. “My first ride was the most fun I’ve had,” said Bennett, who spoke warmly about the beautiful ride, the amazing people and the relaxing nighttime gathering.

After the first day of riding, cyclists spend the night at the Massachusetts Maritime Academy, where they are treated to good food, cold beer and live music.  At the end of the two-day ride, a “party ferry” takes the cyclists back to Boston, where they eventually disperse back to their hometowns to resume their normal lives. “It’s an amazing event,” said Bennett.