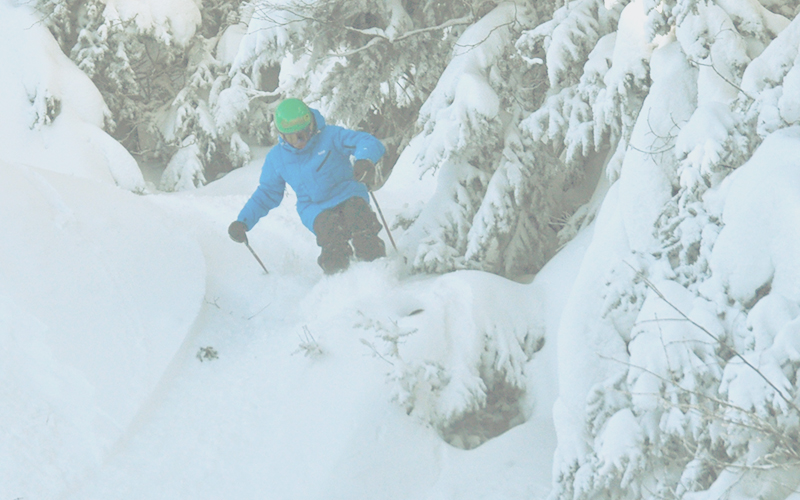 Gravity lovers take heart. You will be sliding down the slopes this winter according to Sugarbush president Win Smith and Mad River Glen general manager Matt Lillard.

“We’re very confident that we’re going to have a ski season. There are unknowns and we don’t completely know what it will look like,” Smith said.

“People will be wearing masks outside on lifts. Science shows us that people wearing masks out of doors offers a low risk environment. Riding on lifts with the wind blowing will work. I think that part of skiing is going to come together well,” he added.

Smith said the challenge will occur inside with limitations on restaurants and bars operating. He said that ski school will look different as well.

‘I think it gives us an opportunity to innovate. At Hogan’s at the golf course we have all online ordering and payments. That may become the new norm. Maybe people will order from the Gate House while they’re on the chairlift and pick up their food at a specific time and eat it in the courtyard,” he added.

Smith said if the experience at the golf course mirrors ski season, the resort would expect to see fewer high volume days such as Martin Luther King weekend and more steady skier visits because many second-home owners have come to Vermont and are staying. Golf course usage has been steady throughout the week, rather than busy on the weekends, he said.

Smith said that snowmaking would begin on schedule and said the resort is working to recruit its seasonal employees. Because President Trump had pulled the J1 visa program, the resort is unable to hire workers to make up a significant portion of winter employees.

“So we’re looking at local employment. Perhaps college kids not going back to school,” Smith speculated.

“Skiing is the easy part,” Lillard said. “We’re committed to skiing through this in whichever way we can. That could mean just chairlifts, bathrooms and parking lots. Or skiing just for passholders and shareholders.

Lillard said skiing could vary anywhere from there to relatively normal with social distancing and masks. He and his team are planning for five levels of skiing. Level five would be relatively normal, with fewer tables inside, health checks for staff and increased cleaning. Level four down to level one reduces that normalcy to the point where level one is skiing only for share and passholders.

‘If out-of-state ski school students can’t meet quarantine requirements, they won’t be able to participate. For local Vermont kids, I think it’s pretty doable. While we have a lot of local repeated staff members, we also rely on volunteer ski patrollers from other states,” Lillard noted.

“We’re committing ourselves to skiing in some form. Food service is a significant revenue source, but if we get to that level, offering skiing is not a financial decision. People need to get outside for their own health. We may be open only to Vermonters and even some more hyper local people,” Lillard said.

Mad River Glen is well set up with its Single chair and the ability to spread out the lift lines, he said.

“Our biggest exposure is for lift attendants and ski patrol staff. They’re coming up with protocols on how to treat people and are confident they can do that,” he said.

“Assuming we’ll be able to open for skiing, I think there will be a local population here who will want to be outside recreating no matter what,” he pointed out.