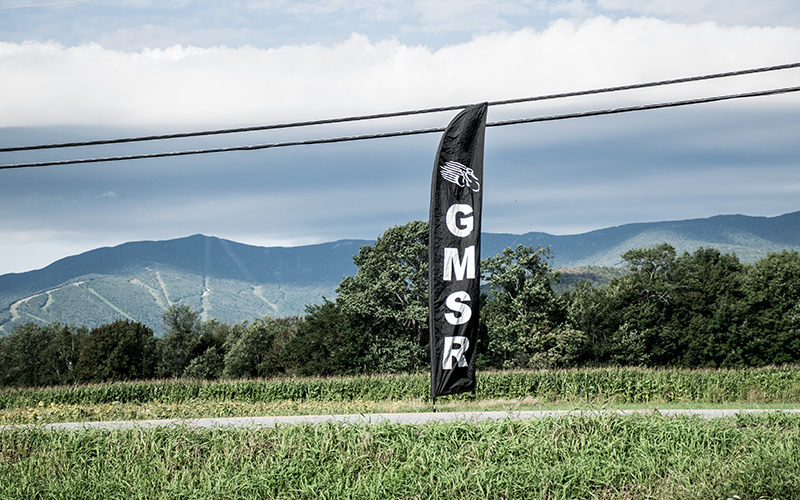 Disappointingly, but not surprisingly, the Green Mountain Stage Race has canceled what would have been its 20th running.

The race typically takes place over four days on Labor Day weekend and features 1,000-2,000 riders plus family who come to The Valley for the event. Traditionally, it’s been a great boon for The Valley’s economy.

Race director and founder Gary Kessler said that, ultimately, he was not comfortable with the safety component.

“I didn’t feel it was safe for the racers or the volunteers.  Even something like registration was not safe. I wouldn’t want to expose people,” Kessler said.

Earlier in the summer, he tried to figure out some work arounds, attended webinars and had some guidance from USA Cycle on specific areas.

“Honestly, in the end, there are so many moving parts. It’s complicated to put on the race under normal circumstances. To have all these extra layers made it feel insurmountable. I couldn’t imagine a way to make it safe for 1,000 guys riding in a field, riding two to three hours a day in tightly grouped packs. The rider in the 10th row would be enveloped by the exhalations of the others,” Kessler said.

Kessler was also concerned that the local communities through which the racers would pass – Waitsfield, Warren, Fayston, Randolph and Burlington – might not want such an influx of visitors – including many from counties where the COVID rate exceeds the state of Vermont level of 400 per 1,000,000 meaning that a two-week quarantine would be required.

He tried to figure out if he could run something smaller but ran into the same quarantine issue as well as the issue of the U.S./Canadian border being closed.

“It’s painful to have to cancel what would have been our 20th anniversary. I had been thinking about ways to celebrate that milestone. I kept hoping things would get better and it might be possible,” he said. The Green Mountain Stage Race did take place in 2011, shortly after Tropical Storm decimated roads throughout the race area and Vermont on August 28, 2011.

“I know it’s bad from a business perspective. For 19 years, between 1,000-2,000 people have come here to race their bikes for four days and everybody is used to it. They come and they stay four nights and eat lots of food, drink good beer and buy gas and supplies. It’s a loss for those businesses,” Kessler acknowledged.

Kessler said it felt strange not to be doing this race or the Killington Stage Race after the governing body for the sport withdrew all the permits.

“I hope next year will be better and I hope people will want to participate. There’s been quite a bicycling boom. Maybe next year that will cause people to want to get into racing,” he said.

“We are hoping to mark the 20th anniversary of the GMSR in 2021. Over the years we have had a high of 935 racers competing in the stage race,” Kessler said.

“Nationally, our response to COVID has been so poor. It’s too bad we’re having to cancel all these events.  In other parts of the world, Europe in particular – they did such a much better job. The Tour de France is starting in a few weeks and Europe has been having races at pro levels for three to four weeks. They’re managing it. Their fitting in a lot of races in a short period of time to provide some kind of season for racers, teams and sponsors. They just did a better job of dealing with it than we did,” he added.