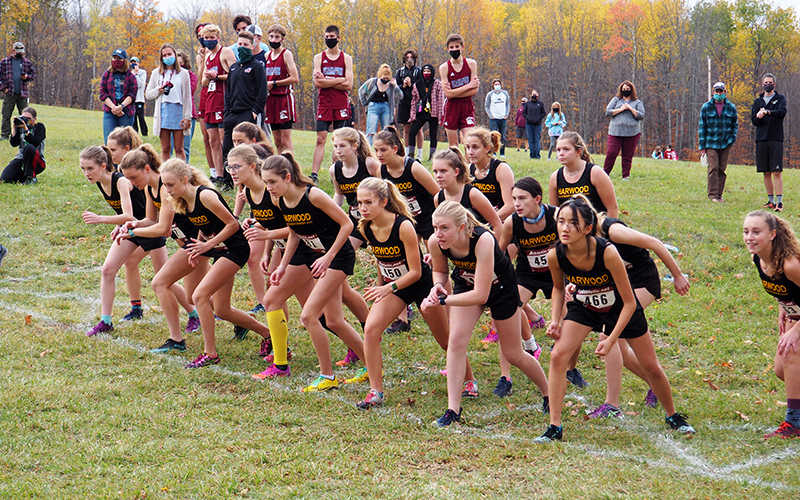 On Thursday, October 23, the Harwood cross-country team traveled to the Granite City of Barre to run on the trails of Millstone. The terrain was much different than the level terrain of the Rice course.

Several of the Harwood boys were a little tired from the race on Tuesday and from hiking up and biking down Sugarbush on Wednesday. Despite their fatigue, they scored an upset victory over host Spaulding. Carlton Cummiskey led the Harwood runners with a second-place finish. Ebbe Lillis and Vinnie Spina managed to stay on course this race and had impressive fourth- and fifth-place finishes, respectively. Luke Groom finished strong in seventh place despite the wobbly legs from the Sugarbush climb. Harwood packed places 12 to 14 -- Rye MacCurtain, 12th, Tyler Silveria, 13th, and Mason Berry, 14th, sealed the one-point victory for Harwood.

‘It was a solid effort for both teams. We showed that we could still be a little tired going into a race and perform well,” said Kerrigan

The next event for Harwood cross-country is the Vermont Division 2 championships to be held at Thetford on Saturday, October 31.