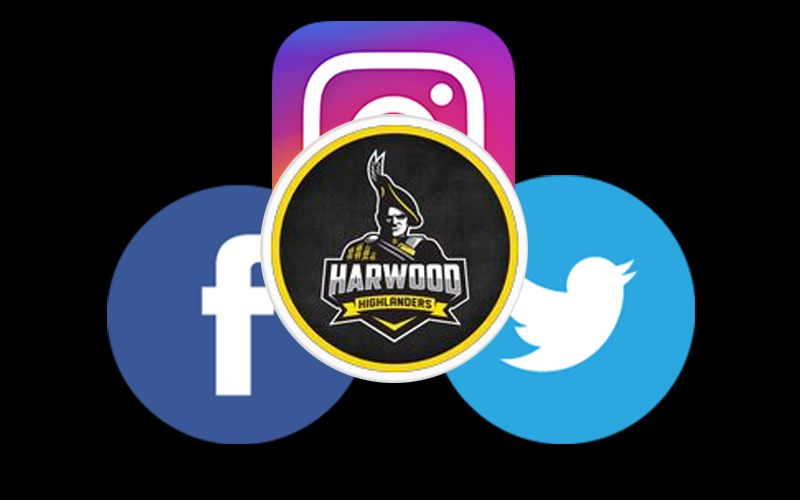 Since 2017, the Harwood athletic department’s social media accounts have been growing “exponentially,” said Chris Langevin, director of athletics and activities at Harwood Union High School. Harwood’s social media presence started with a Twitter account. Anyone who has been to a Harwood sports event knows the lack of phone reception can be frustrating. Live tweeting games on Twitter was a good way to get updates on games as they happen, but was very limited because of the lack of service.

“I wanted to see if I could reach out to our students this way and it really took off! People really started to follow the updates, liking the photos, watching our stories ... the numbers just kept growing!” Langevin added.

“From there, Danni LaFlamme, our athletic trainer, noted that we likely are missing a portion of our community by not having a Facebook page, which tends to lean towards the generation of parents. So, we created a Facebook page and have seen a lot of engagement from parents on that page,” Langevin stated. Statistics from the Pew Research Center support LaFlamme’s points.

Langevin said he thinks the Harwood Highlander’s Instagram account has grown because that’s where students tend to look. Langevin added that if the school had a TikTok, more students would be engaged there because of the app’s popularity.

Student athletes work hard and Langevin said that he wants people to see the outcome of all their hard work. Social media is a way to get information out efficiently, so people can be as informed as possible. “I had a wonderful conversation with a parent who mentioned how much they enjoyed the Instagram because while they didn't make it out to basketball games as much (with their child playing a different sport), Harwood social media pages have been being used to spread more information than ever before,” he said.

Langevin has been diligently updating athletes and families about the changes due to COVID-19. He watches every press conference Governor Phil Scott has so he knows he’s informed about any changes related to high school sports. “Once I hear him say something about our seasons, I go to the website to create my graphic, and I post it right away,” explained Langevin.

This year, new cameras were installed in the high school gym for live streaming. With more footage of games, Langevin hopes to post more video highlights. “Last year, we posted a game-tying 3-point shot from Ashley Proteau vs. Lake Region on our Instagram page and a lot of people really enjoyed being able to see that play as they were either at another practice, game or work and missed it. So, we're really hopeful to add more video highlights,” said Langevin.

“They enjoyed following the teams and talking to their students about the games. It's stories like that that really show how useful of a tool this can be,” he added.