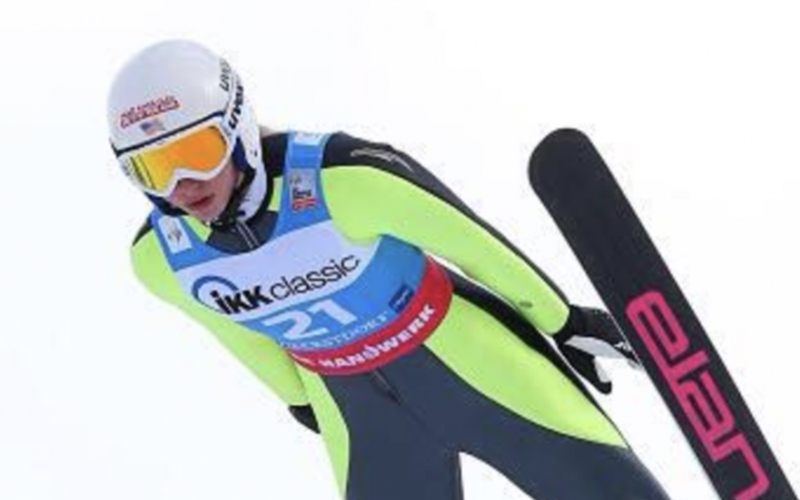 Nordic combined -- in which athletes ski jump and then race in cross-country skiing -- has been an Olympic sport since the first Winter Games in 1924, though it’s been limited to men and remains the only event in the Olympics without women’s participation.

Geraghty-Moats, 27, crossed the finish line 1.5 seconds ahead of second-place finisher, Norwegian skier Gyda Westvold Hansen, overcoming a 30-second deficit in the cross-country ski race. Moats had finished in sixth place in the ski jump portion of the combined competition. For the two-time defending champion on the lower-level Continental Cup, this World Cup victory was a dream come true.

“For me personally, going into this competition I’m not going to treat it any differently than any other competition,” she told TeamUSA.org earlier this week. “At the same time, this is the first-ever women’s World Cup. We’re making history. We’re doing something that’s never been done before, and being part of that is extremely exciting.”

The FIS began taking steps toward gender equality in 2018 when it created the Continental Cup. The effort made greater gains this season with the debut of the women’s World Cup series as well as women’s Nordic Combined being included in the 2021 FIS Nordic Ski World Championships this February in Oberstdorf, Germany. The soonest the women’s Nordic Combined event could be added to the Olympic program is in 2026.

Geraghty-Moats from West Fairlee, Vermont, was a heavy favorite coming into the competition.