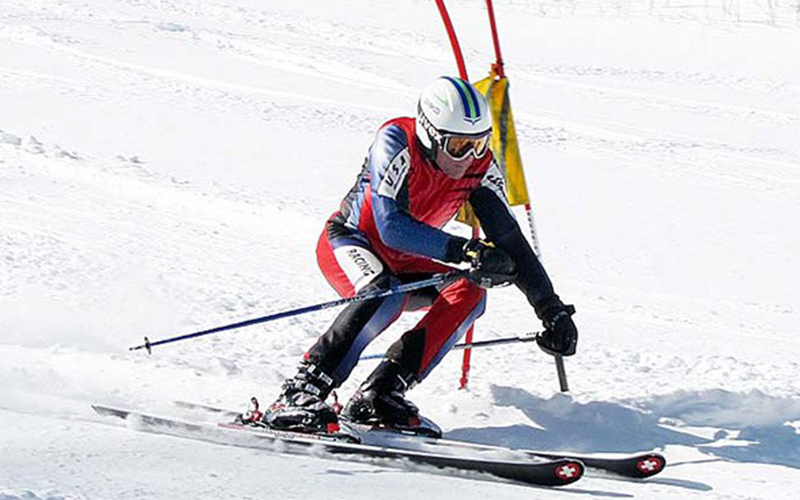 “This is the most fun I’ve had in months!” exclaimed Nancy Wilson as the Sugarbush Race Club wound up its first social event of the year on Zoom. After struggling through all the challenges caused by COVID-19, the club got together for a remote dinner and a social hour on Wednesday, February 10. Thirty members, with varying levels of computer skill, joined in the Zoom call – sharing news and catching up. Dinner was provided by Tucker Hill Inn. Many thanks to social chair Dave Goldstein who will be organizing these Zoom dinners weekly for the rest of the season.

While the racing has just begun and Al Pierce is working out a handicap system, the competition is already hot. Fifteen racers turned out for the first event on February 5. An early season favorite, Chris Lowenstein, beat the next racer, Mike Dixon, by almost 5 seconds. The women were off to a great start. The two female racers, Nicole deFau Lowenstein and Cheryl Brayman came in faster than seven of the 13 men. The course was well set and Will Nye from Sugarbush did a great job coordinating with the club.

Dave Ellison and Rich Jones each claim to have hit the slopes for 60 days which we anticipate should accelerate their racing times. Several members, including Chris and Cheryl Hamm-Ellis are chasing the coveted slowest racer prize. On the slopes last week, several members (including club president Ray Bollerud) excused their performance by claiming that large nuggets of ice had adhered to the bottom of their skis on the lift and Peter Menkes claimed that fog inside his googles was nearly an insurmountable challenge.

In order to help race club members recognize each other and to attract new members to the club, Carol Bosquet has proposed checkered bandanas. Members will also be getting Sugarbush Race Club stickers to put on our helmets and skis. The club is eager for new members, so anyone who is interested can find out more at This email address is being protected from spambots. You need JavaScript enabled to view it..

The club was able to have its second race on February 12. The success of the second race of the Sugarbush Race Club on February 12 was a due to those hardy souls who braved the 0 degree temperatures and showed their dedication to racing and the club. The snow squeaked which some said made the course faster while others (perhaps depending on their race time, were certain it made it slower). Anne Halvorsen was the only one of her gender racing and, as usual, was a show of force and effortless speed on the course. Hopefully, she will encourage the full contingent of her racing sisters to show at the next race.

Already, race two finds friendly rivalries forming, adding to the fun and spirit of the club. Some members were coaching others in their quest to breakthrough their plateau. Dave Ellison continues his comeback from a previous injury and Jula Fender is determined to catch and surpass him. The group with artificial knees and hips were right back in the line-up claiming it was “all systems go.” Dave Seymour had a good run but was disheartened when the clock just kept running….at 2 minutes he declared: “Something is not right” and earned a second try. As usual speedsters Dixon, Brighton and Shajenko were pushing their limits and were within 10ths of seconds apart with Brighton leading the pack. Lussier, Seymour, Ellison and Fender seem to be forming the next fastest grouping.

To encourage learners and new adventurers, club members are holding a bottle of champagne for the racer who achieves a combined slowest time in the combination of least four races. The gauntlet is down, there is still time to join the club and race. To join, visit

The next race is Friday, February 19.