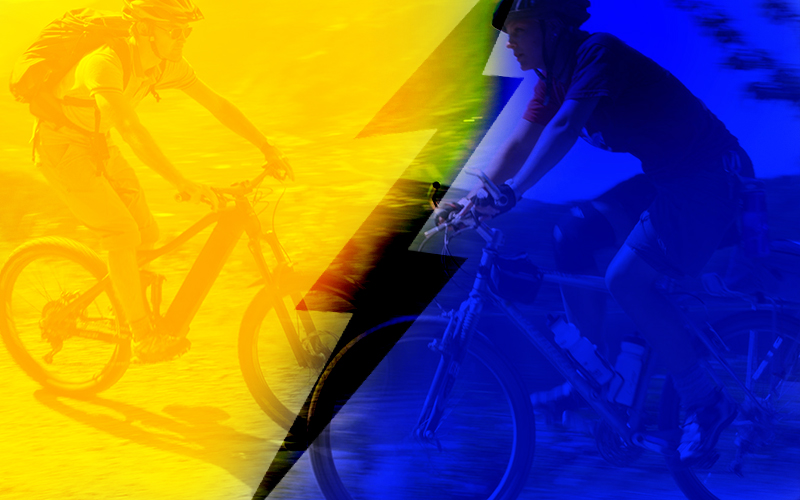 The COVID-19 pandemic sent scores of people outside seeking the slopes, trails, swim holes and mountains for solace, recreation and relaxation.

Local recreational sites saw and continue to see increased usage and as the trails dry out enough for hiking and biking, people are getting their gear ready for the coming season. For many, the gear is human powered, but for a growing number of people, that gear is getting an electric assist.

E-bikes are becoming more popular in and beyond The Valley. Sugarbush offered e-bikes for rent last summer along with guided tours and mountain access and will do so again this year. Mountainside Ski Service had and sold a few Rossi bikes last year as well.

Beyond paved and dirt roads, where else can e-bikes be ridden? Bob Kogut, president of the Mad River Riders’ board, had some of the answers.

“E-bike policy is up to the landowners or land managers who are in charge of the land our trails are located on. Our board is generally accepting of e-bikes, but we don't have an official policy in place, because we're waiting for our landowners to define what they want,” Kogut explained.

E-bikes are officially not allowed on Mad River Riders trails that are on state land which impacts these trails: Evolution, Cyclone, Enchanted Forest and other trails in that area plus Chain Link and East Loop.

“The long-standing policy has just said no motorized vehicles which includes e-bikes. I think the state is reevaluating that policy, but there's been no official change yet,” Kogut said.

The U.S. Forest Service policy also prohibits the use of motorized vehicles including e-bikes. The Blueberry Lake trails are all on national forest land.

“The rest of our trails are on private or town-owned land. Those landowners haven't come to any final or official decisions about allowing e-bikes or not. Since the state doesn't allow them and many of our private land trails link directly to state land trails, it's probably premature to allow or encourage e-bike use until the state changes their policy,” Kogut added.

Ross Saxton, executive director of the Mad River Path, said that the organization does not currently have a policy on e-bikes.

It is worth noting that almost all of the trails in the Mad River Valley and Vermont are closed until the ground dries. Trails typically start to open up in May or after, depending on the weather over the next month or two. Trails managed by the Mad River Riders, the Green Mountain Club and the Catamount Trail Association are closed to all activities until an announcement is made by these organizations. People should check with each group to find out when trails open and not all trails will open at the same time. Many of the Mad River Path trails are open, which people can find described online at madriverpath.org/maps.