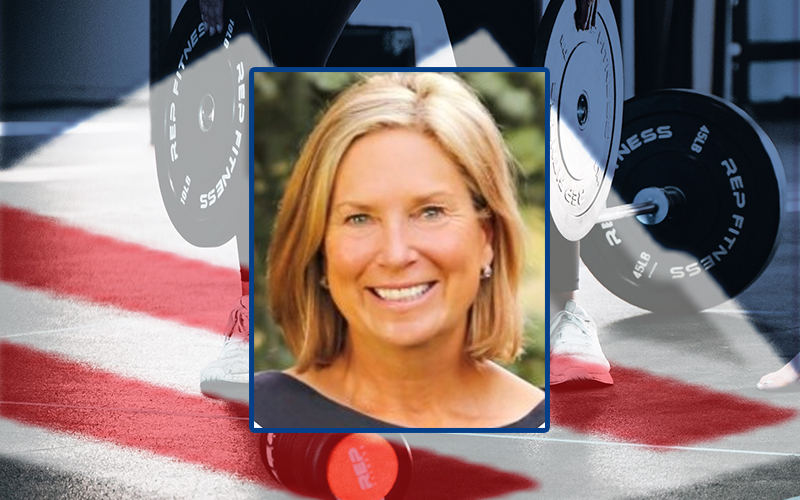 From her post in Park City, Utah, Adams works to maximize the success of all ski and snowboard clubs across the country by identifying the best club coaching and management practices, as well as providing information on how athletes can improve their performance. In other words, Adam is the beacon of U.S. Ski and Snowboard training and coaching culture.

“I am passionate about my job because I know the difference a healthy, well run, sustainable club can make in a coach, staff, volunteer, athlete and family experience,” said Adams. “It really is an honor and a privilege to work for a national organization at an elite level.” Adams is passionate about helping athletes be the best they can be.

Her own passion for high level competitive skiing developed at an early age. In 1963, at 6 years old, Adams and her family decided to ditch the weekly round trip drive from Concord, Massachusetts, to Mad River Glen, to permanently settle in Waitsfield.

As a child, Adams was allowed to skip second grade after the move. This ended up being a blessing for her ski career, but a curse for her personal development. “Based on my reading, writing and math skills, a decision was made for me to skip second grade and start at the Waitsfield Elementary School in third grade. Looking back, I think that was a terrible decision. Between the move and the fact I was just 7, I feel that it was a development year totally lost,” said Adams.

Having skipped a grade, Adams graduated from Harwood when she was just 16. She had been accepted to Middlebury College. But she didn't want to go right away: She wanted to gain back that lost year. “I was able to defer and take what is now called a ‘gap year’ to attend the newly established Green Mountain Valley School,” said Adams. “It was a gift of time, and I spent it continuing to learn as well as to improve my national ranking in ski racing,” said Adams.

Adams went on to ski on the Middlebury ski team all four years, and was captain by her senior year. Two of those years, the team won the national championships. “When I graduated from Middlebury, all my friends were heading to cities for finance and banking jobs. I chose to stay in Vermont and coach at Killington,” said Adams. “Even though I only coached a few years, my entire career has been devoted to making a difference through snow sports,” she said.

“Ski racing has long been a common thread in my family,” Adams continued. “My mother and father met while she was on the Eastern ski racing circuit, and when I was young, my sister was on the U.S. Ski Team. My brother has been on the Mad River Glen ski patrol since college. Growing up ski racing in The Valley, first with the Valley Junior Racing Club, and then with GMVS, I was well prepared for racing at the D1 collegiate level.”

These days, Adams spends much of her time focusing on athlete mental health. “With the creation of the U.S. Center for SafeSport at the mandate of Congress, we are doing all we can to ensure a safe physical and psychological environment, where every athlete feels safe, valued and supported,” said Adams.

Lack of diversity in the sport is another issue Adams must tackle in her work. “Skiing and snowboarding are historically sports for an affluent, white, male, user group. We need to better understand the barriers to participation and create a much more accessible and inclusive environment,” she said. “As a person who has benefited in so many ways from being able to rip around snowy mountains, I want to help find ways to give underrepresented groups a similar opportunity to experience and share the joy and camaraderie of skiing and snowboarding.”

This inclusive effort applies to women as well as minorities. “In a similar vein, we must work to recruit, develop and retain more women in ski and snowboard coaching. At the grassroots level, 24% of coaches are women. At the national team level, only 8% of coaches are women. Both of those percentages need to go up significantly,” said Adams.

Adams cites her lifetime involvement in sports as one of the main contributors to her career success. “Participating in sports, especially ski racing, teaches so many good life lessons; how to set goals, what success versus winning looks like, how to self-reflect and how to have grit and resilience,” said Adams.

Growing up in The Valley was also a key component in making Adams into who she is today.

“The Valley was an amazing place to grow up,” said Adams. “It was such a small and beautiful community. Our home was surrounded by farms. We had flower and vegetable gardens, dogs, cats and horses and ample opportunities to help our neighbors’ milk cows, harvest hay and sugar in the spring,” said Adams, who used to spend summer days with friends riding horses from pond to pond for horseback swims before riding down to the Gaylord’s Creemee stand for a cool treat.

“I can’t neglect mentioning that my parents quickly shifted gears from corporate America and suburbia when they made the move to The Valley in 1963. My mother worked in the ski shop at Mad River, drove the elementary school bus, became an EMT, and my father taught physics at Harwood, and then after ‘retiring,’ at GMVS. It was a healthy way to grow up, and I definitely would not be who I am without The Valley.”

Nominate someone for The Valley Reporter’s Where Are They Now series focusing on local people who’ve made a mark in the world. Email suggestions to This email address is being protected from spambots. You need JavaScript enabled to view it..