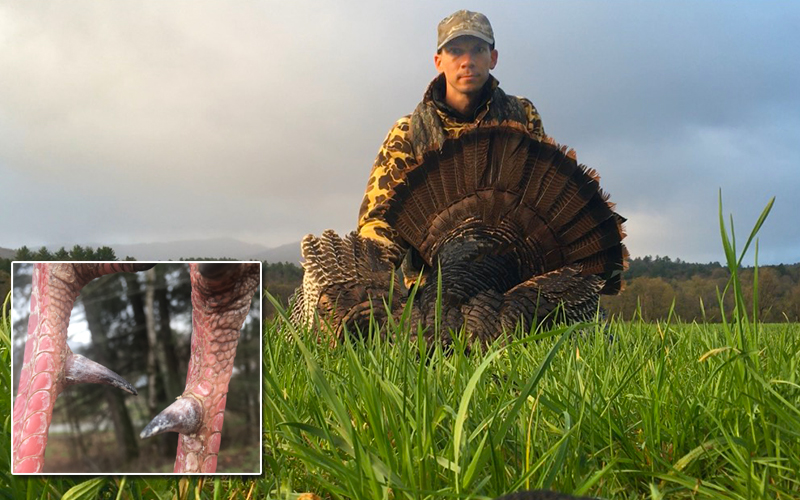 Vermont’s turkey season opened May 1 and Waitsfield resident Ross Saxton wasted no time this year and managed to take this 20.4-pound male along the Mad River in Waitsfield on opening weekend.

“The spurs are used by male turkeys for territorial and mating disputes or to fight other males essentially. They can get into some pretty epic battles!” Saxton said.

Saxton said that the tom’s tail fan and beard will be mounted and put on the wall and said some of the iridescent feathers will be used for fishing flies.

Shortly after cleaning the bird, Saxton and his family roasted one of the breasts in an herbed balsamic vinaigrette and are eating those leftovers in sandwiches this week. The other breast will likely become turkey parmesan while the thighs and legs will go in the slow cooker for turkey soup with frozen vegetables from their garden and rice.

Turkey hunting season runs through May 31. During the regular season, shooting hours are one-half hour before sunrise to noon. Hunters may take two bearded turkeys during the season and use either shotguns or archery equipment.