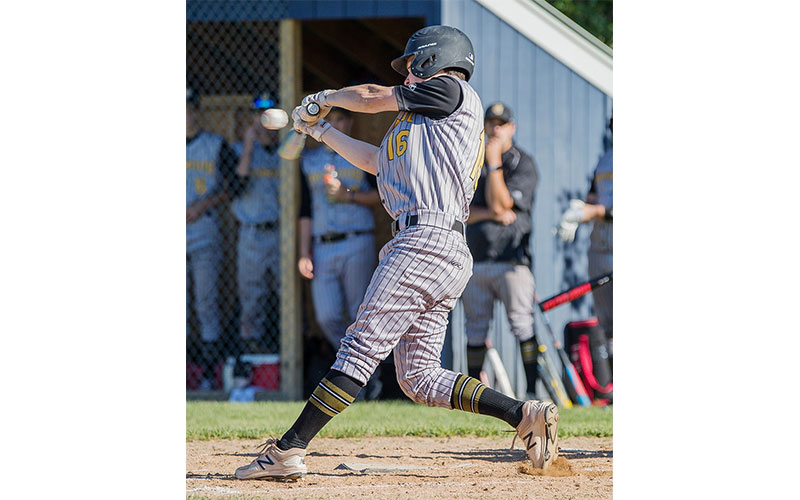 On May 29, the Harwood varsity softball team beat Randolph 15-4. Harwood freshman Jordan Hunter pitched all seven innings, with one strikeout, eight walks and allowed six hits. “Harwood fielding was excellent today with only three errors. They made nearly every attempted put-out and fly-out,” said coach Kevin Van Schaick about the game.

Harwood senior Ashley Proteau made three deep catches on shortstop while running back into the outfield. “One of them was a dive and roll!” said Van Schaick. “It was an excellent way to end the regular season.”

“We were a little slower than normal at the plate today but still managed to score eight runs, which I though was great,” said Harwood coach Dominic Moreno. “And our defense was very solid with zero errors on the day and some excellent plays made by the infield, especially by our third basement Jonah Halter.”

On Saturday, May 29, the boys beat Randolph with a final score of 10-4. “Skylar Platt started the game for us but came out after getting hit in the hand in the second inning,” said Moreno. “We came out in the top of the first inning and scored four runs on five hits, three of those were doubles.”

The team had 16 hits that day, with three hits apiece from Skylar Platt, Liam Guyette, Chris James and Aidan Oshkello. Xavier Brookens came in to pitch after Platt’s injury, and pitched 3.1 innings, giving up five hits and one run. Gus Mosle closed out the last two innings for us giving up four hits and two runs.

The team ended the regular season with a 10 and 3 record.

On Saturday, May 29, the Harwood girls’ varisty lacrosse team lost to Lamoille 9-7. “The game was played well. We had a slow start in the first half, but managed to come back from a five-goal deficit at the half,” said coach Hillary Wheeler. “We had many shots that just didn't get in the back of the net. We came up short against Lamoille, but had possession of the ball for the final few minutes.”

In this game, Harwood’s Charlotte Cook had two goals, Anna Kudriavetz and Maggie Aiken all scored two goals each. Ava Thurston netted one. In the goal, Kaylee Cameron had 10 saves.

On Thursday, May 27, Harwood played Stowe, beating them with a final score of 13-12. “Our Stowe game was exciting and I would say our best played game all season,” said Wheeler. “We had strong connections all over the field and our midfield transition worked well.”

Harwood was down by one at the half, 7-6, but worked patiently and strategically to get the ball back and put it in the back of the net. “We netted seven additional goals in the second half,” said Wheeler. “We were tied with three minutes to go in the second half, we scored and gained possession. Ava Thurston then possessed the ball for the last minute or so.”