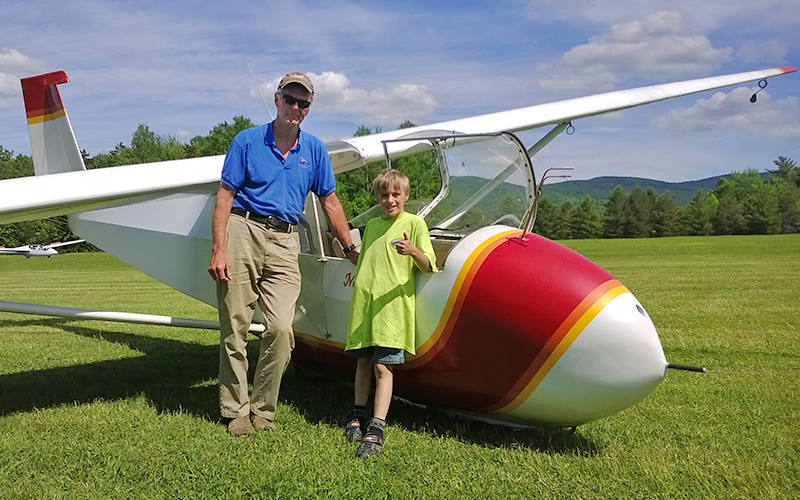 Sugarbush Soaring has turned out another newly-certified glider pilot, this time it is Owen Anderson, Warren, who soloed on October 1,2021.

Even as a young child Owen was enthralled with aviation and has always been a member of the local aviation community. At the age of 11 he became a junior line crew member at Warren-Sugarbush Airport. At the age of 13 he was promoted to senior line crew status and ever since then has been working hard toward his goal of soloing a glider. As part of the line crew program he has received instructional flights and through hard work and persistence he has achieved his goal of taking that first step into getting his private pilot glider certification.

“A big thanks to everyone who has supported Owen in this endeavor,” spokesperson Ginny Hanson said.

With a big smile on his face upon landing after his solo flight Anderson said, “Being up there by myself flying above the airport was so awesome.”