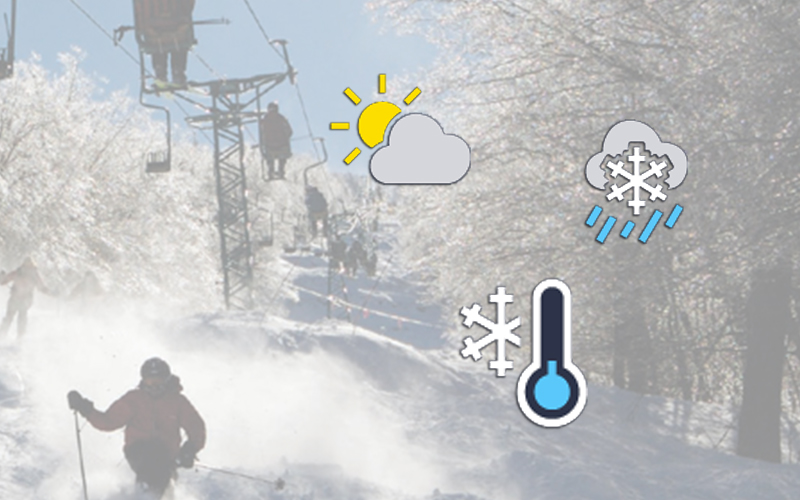 After less than a month of being open, Mad River Glen’s lifts closed this past Monday through Wednesday due to a lack of snow. An Instagram post on their page last week said:

“Least open terrain in the East. We’ll be back on Thursday (1/6) after we spend a few days making snow and getting our trails back in shape after a fun week of bombing on rocks and ice. The plan is to open the Practice Slope alongside at least one of our main mountain lifts. Stay tuned. See you soon.”

Mad River Glen (MRG) opened for the season on December 11, 2021. MRG’s website says the Fayston resort has received 21-37 inches of snowfall to date this season.

“We decided to shut down” for a few days due to snow conditions and to give the operations team the opportunity to make more snow, Mad River Glen marketing and events manager Ry Young said. “From purely a financial standpoint, those days are so slow, to open up just for a handful of skiers is not financially responsible,” he said. He noted that one of the benefits of being a small, independent resort is the ability to be flexible and nimble when necessary.

MRG’s snow report said, “We’re giving the mountain a rest over the next three days to take advantage of cold temperatures that will stay below freezing all week. The lifts won’t be spinning, but our snow guns will be blasting and our mountain operations team has big plans to get some of the terrain back into presentable shape. With no real significant snow in the forecast, it looks like it’s up to us to make our own fun in the form of manmade snow.”

MRG is known for its unusually truthful snow reports. “Our snow reporting philosophy is very much a part of who we are and compliments our “ski it if you can” attitude,” Matt Lillard, MRG general manager, said. “We take great pride in having an honest and useful snow report that is also fun to read. It helps give our skiers, both those who are planning to ski that day and those yearning to ski from home, a connection to what is going on at the mountain. While many areas have moved to a more corporate, impersonal and data-driven snow report, we continue to take the time and care needed to provide one of the best snow reports in the industry.”

This week, MRG sent out a survey asking people “Should we keep the snow reports brutally honest?” The responses were overwhelmingly in favor, including “Yes cause I need to know when to bring my beater skis,” “Throw in a few fake pow day calls to give me small moments of joy before reality sets in?” and “F yes.” MRG’s reply was “Guess we’ll continue to keep it real up here. See you on the ice.”

Young said the plan is to remain open all week, but, if they don’t get enough new natural snow, they may shut down again. It’s been a slow start to the season for local ski resorts with limited snow and open trails.