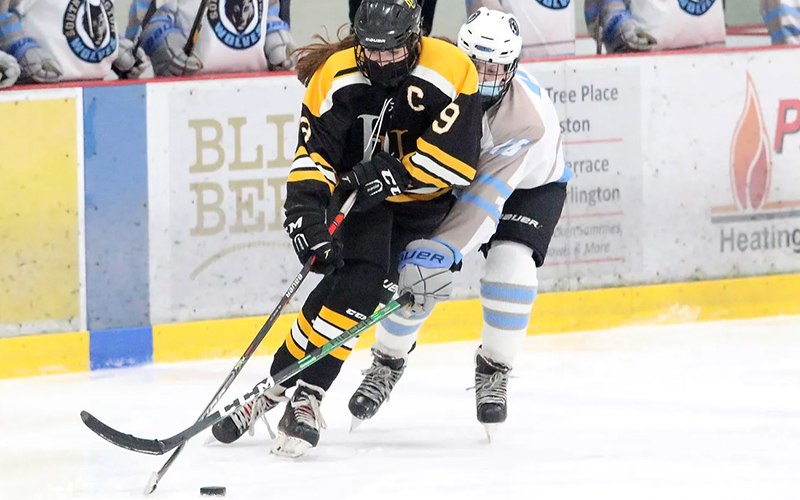 Harwood Union High School’s girls’ hockey team is off to a strong start to the season with a 5-0 record. They defeated Missisquoi Valley Union High School 5-3 over the weekend after a 4-2 win over South Burlington last week in which captain Louisa “Weez” Thomsen scored all four goals. Thomsen is up for Burlington Free Press’ Athlete of the Week this week.

Last week, the girls’ basketball team was defeated 38-59 by Lyndon Institute. “It was back and forth, but we wore down and they played well,” Highlanders coach Tom Young said. “I appreciated my girls’ effort going into a tough game. Lyndon is one of the teams considered to get to Barre this year and they’re always well-coached. We played man because they have so many 3-point shooters. And we handled their press, so I was happy with that. They put on an impressive rebounding clinic in the first half and we’d only get one shot each possession. It’s a loss, but we’ll be better from this. And we won’t hang our heads because they played well.”