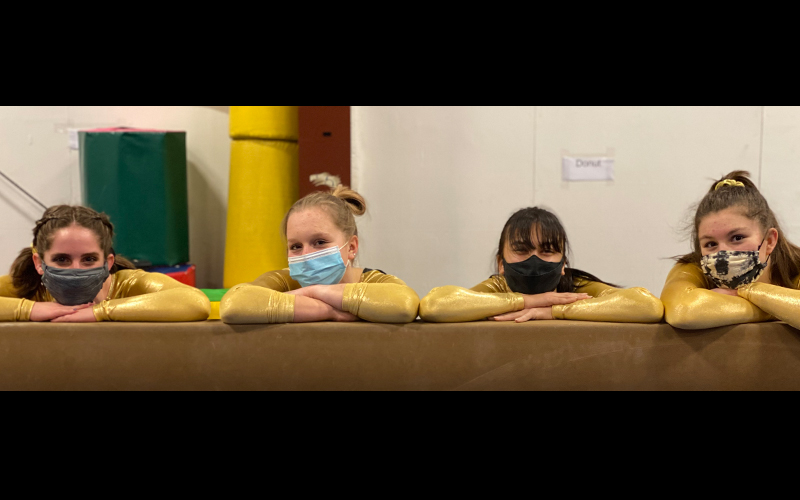 The Harwood Union Highlanders kicked off their winter season with girls’ and boys’ away hockey games December 11. The girls took home a hard-fought 5-4 win against Brattleboro, then defeated Rice 6-4 on December 15, while the boys beat Burlington 8-1. On Monday, December 20, the girls’ hockey team defeated Stowe 8-0, while the boys fell to U-32, 6-5.

The girls’ basketball team played Montpelier at home, taking first place with 59 over Montpelier’s 37. They fell 24-33 to South Burlington on December 16. Coach Tommy Young wrote on Facebook: “I was proud of how hard they worked and never gave up. Showing strong heart two games into the season has me beyond optimistic.” The boys’ basketball team fell to Colchester, 63-40.

The gymnastics team competed at Central Vermont Gymnastics Academy in Waterbury. Harwood’s Janelle Hoskins took third place in the vault and beam, securing third place overall, while Kai McGrath scored first in bars and third in floor, bringing Harwood’s score to 92.55. In a December 20 meet against Milton, Hoskins took second place in vault, bars and floor and third in beam, bringing her to second place overall. Milton defeated Harwood 95.7 to 66.0. “The season is still early,” coach Anissa Davis said. “This is a great starting place for us, we never sweat the early meets and instead concentrate on what we can do to increase our score from here.”