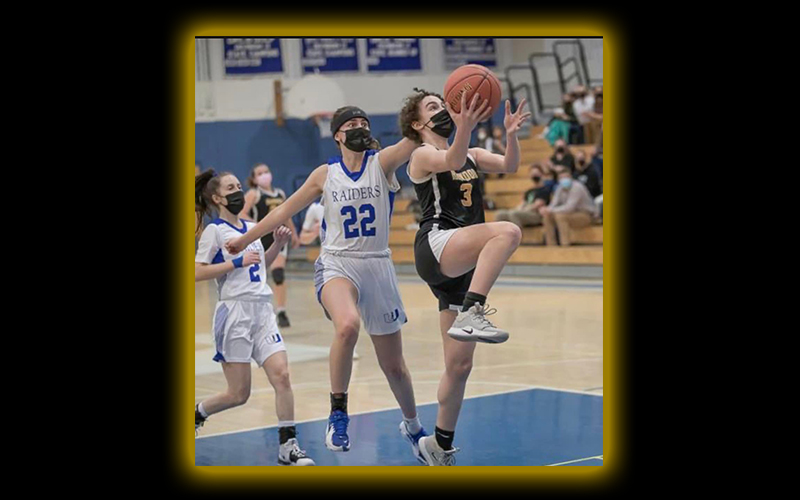 “The parents did a great job decorating and making a special night for our seniors and their families,” coach Shawn Thompson said. “We have six seniors I would like to recognize. They have been through a roller coaster in their four years at Harwood with some truly great moments as well as some difficult ones. Not only did they stick with it, but they stuck together and that has provided them with a lot of success. It has been a pleasure coaching them and I would like to congratulate them on great careers. The game itself was as good as it gets on senior night. The boys played as well as a team as I've seen all season. We were able to keep the pressure up all night and eventually wore down the St. J team to go ahead 4-1 in the second period and never looked back. Teighen [Fils-Aime] had some great saves in the third period to hold them to one goal. All the seniors played well I'm very happy with the performance from our team.”

The Harwood girls’ hockey team played a tough game against No. 1 undefeated Woodstock on Monday, ending with a 3-0 loss. Harwood goalie Jordan Hunter had 44 saves.

The Harwood gymnastics team hosted Montpelier on February 8 at Central Vermont Gymnastics Academy in Waterbury. “Harwood was missing a gymnast from the meet and had to take a 0 on each event total,” said coach Anissa Davis. “It can be difficult to go into a meet and know, no matter how well you do, the math is stacked against you and you just cannot win. However, the Harwood gymnasts keep plugging away, working on new skills and making their routines stronger hoping that we will have a full team up by the time we get to states. They never let the team scores get to them and instead focus on what they can do to make what they do even better and how can they support their teammates to bring out the best in them.”