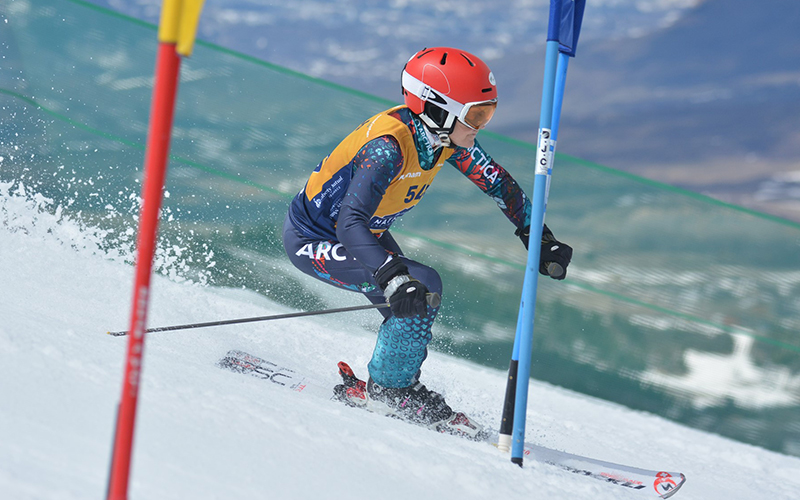 After many delays due to lack of snow, snowmaking challenges at Sugarbush and one large, but welcome, snowstorm last weekend, the Sugarbush Racing Club kicked off the season on Friday, February 11. According to club president Ray Bollerud, the course was in excellent shape thanks to the Sugarbush groomers and the race department. Twenty-one members were racing. Four new members were on the course: Abby Motson, Peter Palfrey, Dave Grimason and David Nadal.

On Thursday evening, preceding the race, club members gathered at Toast and Eggs to socialize and reconnect. Club members thanked owner Malcolm Piper and his team.

The racers swept the course first thing Friday morning and the race began at 10. The club members urged Bollerud to be first out of the gate to celebrate the opening of the season and he had a cautious but respectable time. Then the action began with members sorting themselves into competitive groupings for future competition. The women’s group did very well with Cindy Carr and Cheryl Brayman leading the pack. Abby Motson, a new member, got off to a great start and showed her skills, Bollerud noted.

"It looks like a good contest is in the making among the top speedsters, led by Rick Duckworth and Boris Shajenko with Peter Palfrey, Doug Day and Jon Lussiter nipping at their heels. Stay tuned for that action. Next, came a group of four, separated by 2 seconds, led by the venerable Joseph (Dave) Seymour who returned following an injury last year. He may be breaking into the fastest group in weeks ahead. Stephan Ham Ellis, winner of last year's perseverance award had a good time and gave me a run for my money. Dave Koepele was back on the track with a new knee, demonstrating that artificial parts can function well on the race course," Bollerud said.