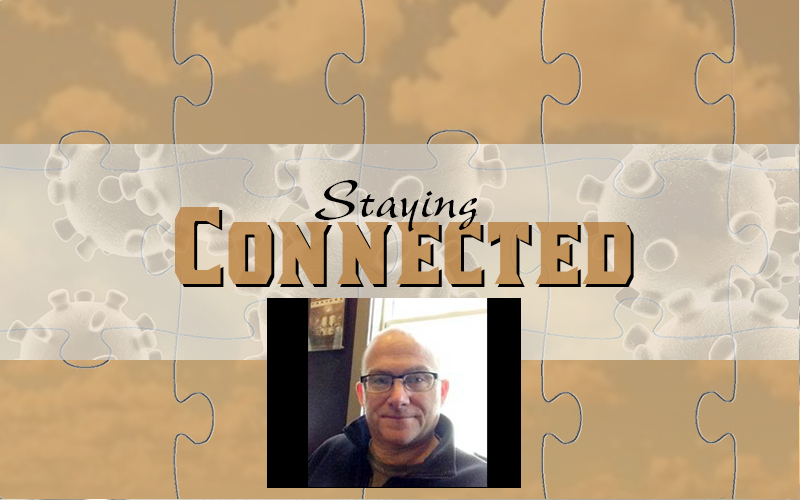 Bisbee’s Hardware Store transitioned to curbside pickup only this week and owner John Wilson said that that lowered everyone’s tension level a bit.

“We were starting to get nerved up by the amount of traffic in and out. It just feels safer to handle transactions by phone and credit card and curbside,” he said on March 30.

“It’s been fairly busy this morning,” he said, “and it’s going very well.”

Bisbee’s has some 20 full- and part-time employees between its Waitsfield and Waterbury stores. When he was interviewed this week, there were three people on the floor, including John, and Diane Luce upstairs working in finance.

Wilson said that he and others helped some who were laid off to navigate the Vermont unemployment system last week.

He said that prior to going to curbside only, he and his staff were operating without protective gear, masks or gloves. Last Friday, he said, was really busy with members of the Swiss Ski Club in town and in and out of the door which was pretty nerve wracking.

“One guy handed me his New York City library card by accident. I know our out-of-state visitors are here,” he said and noted that he washed his hands right away.

“We also delivered a grill to a guy up on the mountain who was a second-home owner. He and his family were all locked away in the house and waved at us through the window,” he said.

As for how he’s feeling, he says he’s “all right. It’s the anxiety. My level is high. Today I feel calmer and people are being very respectful about picking things up at the curb. Mentally it’s hard to make the change from welcoming them to the store to not wanting them in the store,” he said.

Wilson has three kids. His son Tabor, 22, lives in Waterbury with his roommates, four of whom are laid off.

His younger children, Geneva, 7, and Levi, 11, go back and forth between him and their mother.

He said they’re home-schooling, of course, and working via video chats.

“Obviously this is going to be going on for a while. It worries me. I hope we all come out of this one right side up,” he said.

Bisbee’s is now open Monday through Friday from 8 a.m. to 3 p.m.

You can send us video & audio files to This email address is being protected from spambots. You need JavaScript enabled to view it. or call us at 496-3607. We are also collaborating with the Mad River Valley 4-Season Guide and you can fill out a form as part of their The MRV Stories of Resilience Project. The Mad River Valley Chamber of Commerce is figuring out how to create video content to record stories, details to come soon.