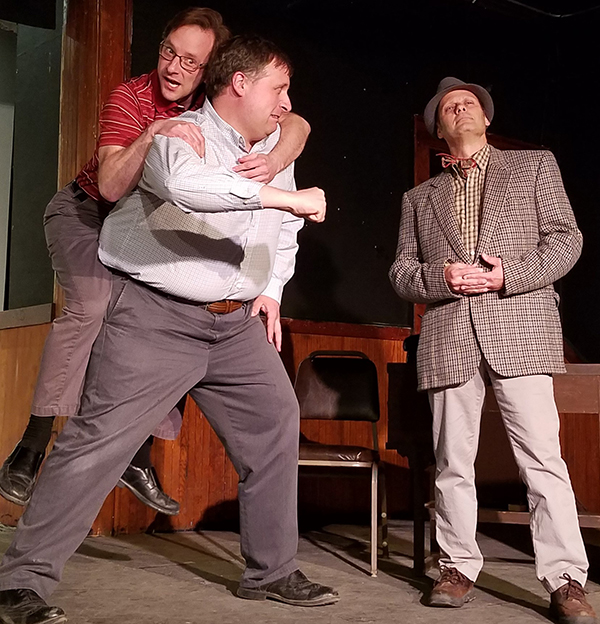 “Harvey” by Mary Chase is directed by Tom Badowski (Moretown) with show dates Friday through Sunday, May 31 through June 16. The first show ever produced by the Valley Players in 1979, the main character of “Harvey” is Elwood P. Dowd (Doug Bergstein, Warren), who insists on including his friend Harvey in all of his sister Veta’s (Rachel Natvig, Northfield) social gatherings.

The trouble is that Harvey is an imaginary 6 1/2-foot-tall rabbit. To avoid future embarrassment for her family, and especially for her daughter, Myrtle Mae (Ann Naumann, Richmond), Veta decides to have Elwood committed to a sanitarium, but it seems that Elwood and his invisible companion have a strange influence on Dr. Chumley (Jack Bradt, Winooski).

The original Valley Players’ production of “Harvey” was staged at Fayston Elementary School. It was produced by Mitchell Kontoff, directed by Edsel Hughes, Jennifer Howard was assistant director and Don Hirsh was the technical director.

Individual tickets and season tickets for the six shows in the season are available now. For more information, go to valleyplayers.com, email This email address is being protected from spambots. You need JavaScript enabled to view it. or call 802-583-1674.