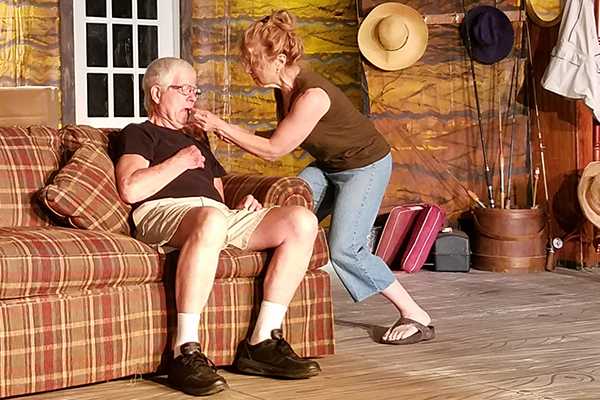 The Valley Players will present the second show of its 40th anniversary season beginning on August 2 at the Valley Players Theater in Waitsfield. “On Golden Pond,” by Ernest Thompson, was first performed on the Valley Players’ stage in 1982. This revival, directed by Jeanne Beckwith of Roxbury, runs from August 2 through 18 with shows on Friday and Saturday nights (7:30 p.m.) as well as Sunday matinees (2 p.m.).

“On Golden Pond” tells the love story of Ethel (Donna Charron Cristen, Warren) and Norman (J. Louis Reid, Milton) Thayer, who are returning to their summer home on Golden Pond for the 48th year. While Norman is nearing 80, with heart palpitations and a failing memory, he is still as sharp-tongued, observant and eager for life as ever. Ethel, 10 years younger and the perfect foil for Norman, delights in all the small things that have enriched and continue to enrich their long life together. They are visited by their divorced, middle-age daughter, Chelsea (Mikki Nucci, Waitsfield), and her dentist fiance, Bill Ray (Paul Cavalier, Montpelier), who then go off to Europe, leaving his teenage son, Billy Ray (Robert Nucci, Waitsfield), behind for the summer. The boy quickly becomes the "grandchild" the elderly couple have longed for, and as Norman revels in taking his ward fishing and thrusting good books at him, he also learns some lessons about modern teenage awareness – and slang – in return. Charlie Martin (Brent Adams, Warren) is a true local who visits frequently and finds much to laugh about. A touching ending lets the audience think about what is truly important in life.

Tickets are available by credit card at www.valleyplayers.com or call 583-1674 to reserve seats and just pay at the door. 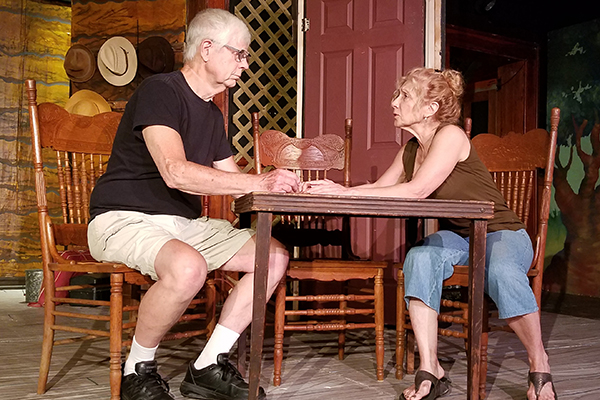