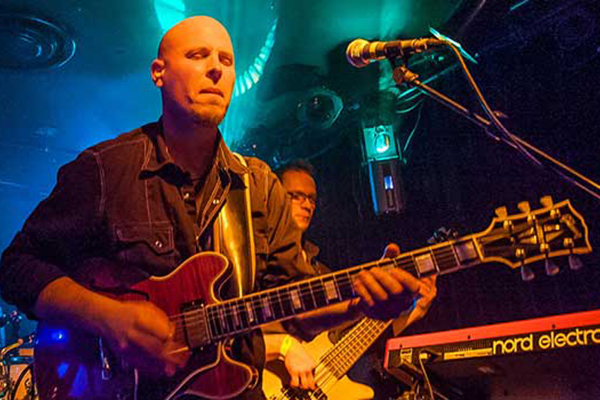 On Saturday of Labor Day weekend The Grift will perform a live concert at Mad River Glen ski area in celebration of 20 years of touring.

Hosted by presenting sponsor Mad River Glen, the event on August 31 will feature a multitude of food truck offerings as well as adult beverage selections from Lawson’s Finest Liquids and others. The gates open at 4 p.m. and music will commence at 6 p.m. The music will take place under the big band shell provided by Sperry Tents, Fayston.

The Grift has been one of the most popular bands playing in The Valley and beyond during two decades of performances. Their vocal harmonies and driving melodies became a signature of their original material. They were formed originally in Boulder, CO, in 1999 by two Middlebury graduates, Clint Bierman and Jeff Vallone. They began playing in the Boulder area but in 2002 relocated back to Vermont. In 2003 another Middlebury grad, Peter Day, joined forces with Vallone and Bierman and the core of The Grift as the band is known was formed. Adding Day’s songwriting and musical skills to the mix helped the band set their own groove, which they continue to follow today.

They very purposefully don’t fit comfortably into any one category or genre and they are always playing many different kinds of music, all of which keeps it fresh and interesting for the band and its legions of followers throughout New England. They are currently playing about 110 shows per year, down from their peak years of 175 to 180 nights annually.

The Grift has included 18 players throughout its history. Twelve members reunited in 2014 on the very same stage for a 15-year celebration. The current configuration of Bierman (guitar), Day (bass), Vallone (drums) and keyboardist Andrew Moroz has been in place for four years. At the Labor Day weekend show, expect at least 12, possibly more, to appear on stage to help celebrate 20 years as a working band.

Tickets for this event can be found online at www.thegrift.com or by visiting the band’s Facebook page. In-person tickets can be purchased at General Stark’s Pub at Mad River Glen. Kids under 12 are admitted free of charge. There are a limited number of VIP tickets available that allow access to VIP viewing and beverage areas (must be 21-plus). VIP tickets can be purchased online only.