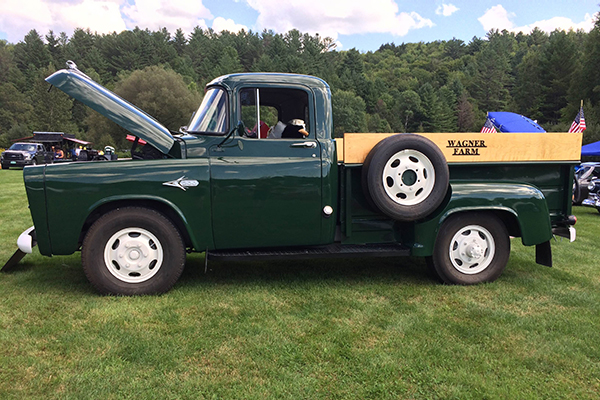 Now in its fourth year, Morefest is quickly approaching with fun activities for kids and adults in Moretown.

The September 7 event is put on by a committee of volunteers who book food and drink vendors, games, music, entertainment and fireworks. Sponsors for the 2019 Morefest include Lawson’s Finest Liquids, the town, Waitsfield Telecom, Hunger Mountain Co-op and personal donations.

Events for the adults include a beer garden with brew from Otter Creek and Lawson’s Finest Liquids. There are a few food vendors and artisans selling crafts for the fest too. The Moretown Fire Department is working double duty this year by bringing the firetrucks and emergency vehicles for the Touch a Truck event for kids, and cooking up a meal of pulled pork, corn and coleslaw. A hot dog vendor, a barista cart and a Kingdom Creamery stand will also be present. The annual and fan favorite pie baking contest is set to return as well.

Kids events include old-fashioned competitive games such as egg in spoon relays, sack races, water balloon toss and an obstacle course race. SunCommon will be bringing a bouncy house, the National Guard will be bringing back the climbing wall, and to switch things up this year, the Touch the Truck event replaces the car show.

“Everyone brings down equipment that kids can see, honk horns, and learn about the equipment, it’s pretty cool. There will be race cars – Brooks Clark will be there, an excavator, all of the town trucks and the fire department trucks. VTrans is going to bring something down, the state police are going to bring something down, and the National Guard was hoping to bring down a transport truck,” said Catrina Brackett, head of the Morefest committee.

The event is made possible by businesses donations. The snow fence that surrounds the area will be donated by National Life; chairs and tables will be donated by Moretown. Individuals are asked to bring their own chairs for the fireworks display. One of the only costs to the Morefest committee is the fireworks celebration. Fireworks will conclude the event with the show brought to the town by Northstar Fireworks.

“They come down and put on a show that is amazing. It’s the area that makes it extra amazing; it’s almost like you’re in a bowl and they’re (the fireworks) right on top of you,” said Brackett.

The entertainment starts with the band, The Messenger, performing at the Moretown church from 3 to 4:30 p.m. On the fields on a flatbed trailer around 4:30 p.m., DeWees will perform a few songs and possibly some standup. Tickets for his upcoming Tiny Town Hall Tour will also be available at the event. The Mad Mountain Scramblers will play bluegrass music at 5 p.m.

Brackett added that if it rains on the day of Morefest – fingers crossed it doesn’t – then there will not be fireworks. Instead of starting later this year, the event kicks off at 3 p.m. and goes until dusk, or when the fireworks start.

Parking will be available at Moretown Elementary School and the Moretown municipal lot with an overflow parking section in the field in the back. There will be people to direct traffic.

For more information about the event, individuals can check out the Morefest 2019 Facebook page.