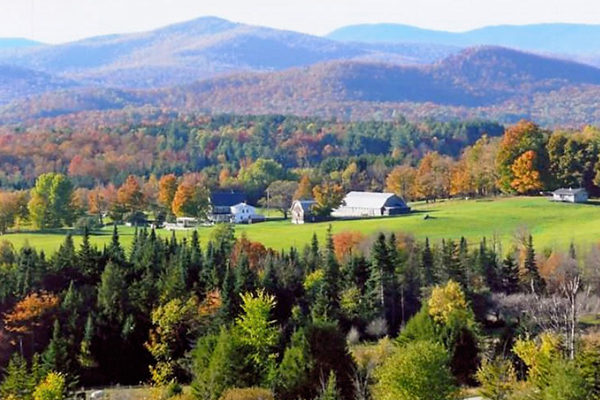 Driving up the bottom of Marsh Brook Road in Rochester is like being in a Hansel and Gretel forest. It’s dark; trees overhang the road. There’s a narrow brook down a steep incline on the left with the scours and damage from Tropical Storm Irene still visible.

Then, after the road hooks left, almost without warning the road ascends to a stunning, wide open, green agricultural plateau ringed by mountains in three directions. Shortly after, the writers’ retreat, When Words Matter, appears on the left.

I’ve been invited by retreat owner and founder Steve Eisner to attend one of three Pitch Week events that he hosts over the summer. For this Pitch Week, there are six authors who are finalists and will be presenting their books and giving a reading.

But first we’re treated to a gourmet lunch prepared by chef Amber Griffith who provides the meals for those staying at the retreat. The food was fantastic! We were seated at tables in the barn, with brief blurbs about each presenting author and their book. We had a ballot and pencils to vote for which two books we’d like to read. Seated around us was a really interesting mix of neighbors, kids from the nearby Killooleet Camp, members of a nearby library board and others.

Eisner explained Pitch Week is designed to be like a book reading, but it’s also about each authors’ ability to sell themselves and their story as they stand before those gathered in the barn. It’s part audition, part dramatic reading and part theater.

Three novels and three memoires were presented along with oversize versions of the book covers. It was incredibly entertaining and impressive. While they were all polished and passionate, two stood out for me. The first was Kathryn Haueisen whose book is “Mayflower Chronicles,” the story of the Mayflower on its trip to the New World.

Noting that her interest in the voyage of the Mayflower began with the fact that her great-great-great-grandparents were on the ship, she launched into a reading from the book. Her delivery was emphatic and riveting. She slammed her hand on the podium, recounting how a mast had broken and the ship almost foundered in a storm. She was poised and cool in contrast to that terrifying moment on the ship.

The second standout for me was Elizabeth Splaine, author of “Devil’s Grace,” whose commanding presence held the room at rapt attention. Her novel is a medical thriller in which the heroine exposes malfeasance and mistakes in an industry that is more about power and profits than healing people. 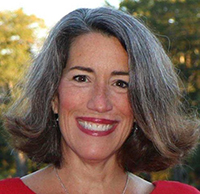 The story alone was compelling enough, but it was Splaine’s performance that really brought down the house. A professional opera performer and teacher with a master’s in health care and 11 years working in health care administration, she sang professionally for 15 years in some 20 operas and it showed.

Rather than read from her notes and her manuscript, she had memorized her materials so thoroughly that it seems as if she were speaking extemporaneously. Her eyes swept the audience as she spoke. You could have heard a pin drop when she ended.

Not surprisingly, she won the Pitch Week competition and will be awarded a publishing contract.

When Words Count offers writers’ retreats all year round, and each year between Thanksgiving and New Year’s they run a national sweepstakes in every state and Canada, offering a five-day stay at the retreat. They receive some 2,500 entries from serious writers who are eager to publish traditionally, Eisner explained.

They select 300 at random and those writers come to Rochester over the course of the year.

“During those five days, we vet their work and we’re involved in helping them develop their stories. We have dinner as a group every night and have hash sessions every night after dinner where everyone shares and we work on developing their elevator pitch –which is basically what they give at Pitch Week,” Eisner said.

“Of the 300 who come, I approach 10 to 15 percent of them who we think have the whole package. They have to have the writing chops but also have to have a book that is marketable to a wide enough audience to sell between 4,000 to 10,000 copies. And they have to be willing to help the publisher sell books. A first-time author has to be very engaged in a partnership with the publisher,” he said.

In the traditional publishing world, Eisner explained, the path to publication for first-time authors is very narrow with 99.5 percent of authors receiving rejections when they send their manuscripts and only 0.5 percent getting their books read by an agent.

“We wanted to change that schematic and create a different model with When Words Count. For the 10 to 15 percent of the 300 we chose (the All-Stars), we bring them here for Pitch Week preparation and they also work with the judges on three disciplines, publisher, publicist and agent,” Eisner continued.

He is very actively engaged with the All-Stars during this process.

“To the best of my knowledge we’re the only operation in the world that brings the three disciplines together in one house to work with writers one on one about fine tuning their work,” he said.

During three Pitch Weeks each summer, the All-Stars present and one is awarded a publishing contract. While there’s one winner per Pitch Week, Eisner and crew go deeper into the bench of All-Stars and offer the second-place winner a chance to publish by covering 50 percent of the hard costs and a royalty split.

“Because we go deeper into the bench of All-Stars, the percentage of our Pitch Week participants who end up with a publishing contract is 56 percent – compared to the 99.5 percent of people who go the traditional route. That’s a sea of change for the publishing world” he said.

Eisner himself is a published author with an extensive background in marketing and communications. He and his wife, Neile Friedman, live in Warren. Read more about When Words Count at https://whenwordscountretreat.com/.