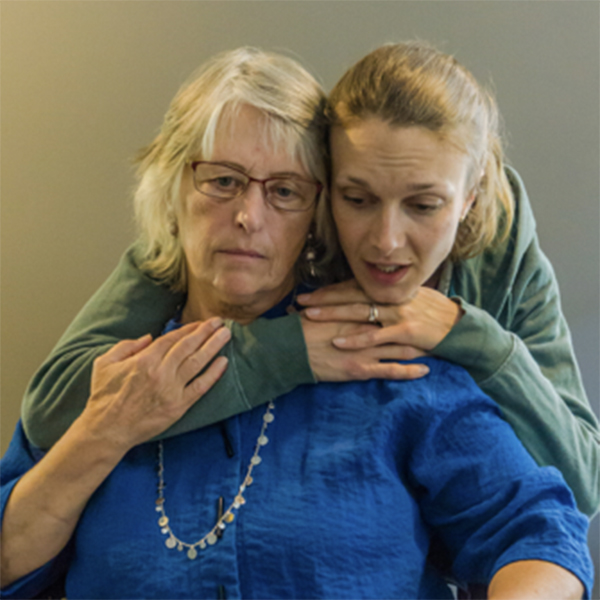 “What am I without my stories?”

This is just one of the many provocative questions posed by David Margulies’ celebrated play “Collected Stories,” which has its final performance Thursday, August 22, at Phantom Theater. Directed by Joanne Greenberg, the piece stars Ramona Godfrey and Maren Langdon Spillane as two writers whose relationship deepens, flowers and fractures over the course of six years. At the heart of this taut play lies a question that will stay with the audience long after they leave the theater: Who has the right to tell a story?

The chemistry between the two women is potent and deeply moving. By turns loving, cutting, humorous and devastatingly bitter, their verbal sparring creates an intimate exploration of the boundaries between friendship and art. “I don’t care what the basis of the story is as long as it’s a good story,” Ruth tells her pupil early on. It is a statement she’ll come to regret by play’s end.

In 1997 when it debuted, “Collected Stories” won the Los Angeles Drama Critics Circle Award for Best Original Play as well as a New York Drama Desk Award and it was shortlisted for the Pulitzer Prize. Its theme of appropriation resonates strongly today when cultural appropriation is a hot-button issue. As director Greenberg noted: "When is it an appropriation and when is it an imagination to branch out into other people’s stories?” The play provides no easy answer.

For more than three decades Greenberg led the drama department at U-32 and has recently been producing professional theater as Green Room Productions. Her production of “Constellations,” which also starred Spillane, was one of Phantom’s finest last season.

The final performance of “Collected Stories” by David Margulies, directed by Joanne Greenberg, is Thursday, August 22, at 8 p.m. Admission is by donation.