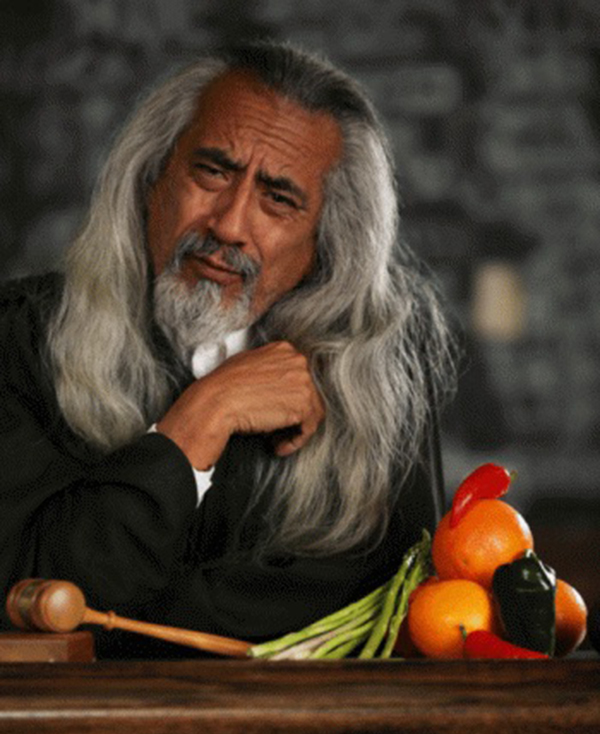 George Emilio Sanchez – actor, activist, professor (chairperson of the Department of Performing and Creative Arts at The City University of New York) – is presenting “XIV” (as in the XIVth Amendment of the U.S. Constitution) at Phantom Theater on August 30 and 31. “XIV,” which melds autobiography and history in a performance that conveys the injustices racialized communities face as they fight for “equal protection of the laws,” premiered at Dixon Place in New York City on June 6 of this year. The piece revolves around a 1946 class action suit by five Mexican-American families to have their children accepted into Orange County, California, public schools by applying the XIVth Amendment. (This preceded Brown vs. Board of Education by a decade.)

In an interview about “XIV,” Sanchez said that it “is the first installment of a performance series I am creating titled ‘Performing the Constitution.’” He is focusing on delving into and examining key areas of this country’s history as it relates to the U.S. Constitution and how it relates to how we struggle to live together. “I am interlacing the history with my personal experience of being a natural born citizen in a country that perpetually paints me as an outsider because of how I look,” he said.

A critic for Broadway World News wrote, “’XIV’ serves as a creative counterpoint to the current events surrounding the realities of undocumented ‘dreamers’ and the vitriolic calls for building a wall.” Sanchez agrees that this is an “unprecedented” time. He referred to the political rhetoric that daily spews out of the oval office by the occupant: “It is volatile, divisive and intended to provoke everyone. It’s mind-boggling how an elected representative can trample on the Constitution and peoples’ rights so shamelessly.”

Sanchez and his family arrived in California from Ecuador. As a boy he noticed prejudice immediately. He lived in tract housing in a mostly white neighborhood, while the Mexicans and Mexican-Americans lived El Barrio. He said, “The silence of segregation (and prejudice) landed on my subconscious and continues to pulse through my brown boy lens.” As he grew older, he began questioning why it took 13 amendments to finally legislate what should have been most obvious – everyone is part of the Constitution. He became an activist and an artist. “My art-making is directly connected to my social and political activism,” he said. “Writing is central to my creative and performance work, and much of my activism comes out of my art-making as well. But writing and words are what keeps me alive.”

The show runs Friday and Saturday, August 30 and 31, at 8 p.m. in the Edgcomb Barn on Dump Road in Warren. There will be a Q&A after the show.

Visit www.phantomtheater.org for directions and information. Donations are appreciated.