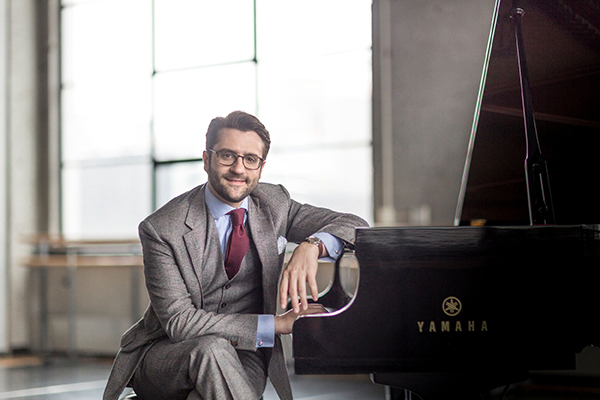 Scrag Mountain Music’s 2019-20 10th anniversary season with programs spanning from fall 2019 through summer 2020 has been revealed.

This season includes numerous special musical initiatives and partnerships including the “Lullaby Project” where Scrag artists, together with instructors from Writers for Recovery, will work with new and expecting mothers at the Lund Residential Program in Burlington to create a lullaby of their own, “Musical Storytelling for All Ages,” that brings music to audiences of all ages and features a new composition by Scrag co-artistic director Evan Premo based on Hans Christian Andersen’s “Thumbelina,” a series that celebrates the words of poet David Budbill, the People's Poet of Vermont, through classical music and jazz, and a five-stop town and city hall tour showcasing unique period instruments.

In addition to its “pay what you can” public performances, Scrag Mountain Music’s season of programming also includes open rehearsals, school engagement programs, pop-up concerts, talks and other accessible programs.

Scrag co-artistic directors Mary Bonhag and Premo remark, “Scrag began 10 years ago as our vision to bring our community together through what we know and do best – music. We envisioned a space to make music that was nourished by the beauty and bounty of our natural surroundings. Now, 10 years later, Scrag performs for thousands of Vermonters of all walks of life each season and executes programs that were once only dreams. We are excited for this next chapter in our organization’s history,” Scrag Mountain founders Bonhag and Premo said.

The first event in their 10th anniversary year scheduled is their birthday bash on Saturday, September 21, at Vermont College of Fine Arts Chapel, Montpelier. Doors open at 5 p.m. The concert is preceded by a musical scavenger hunt in downtown Montpelier that afternoon. Visit www.scragmountainmusic.org for clues forthcoming.