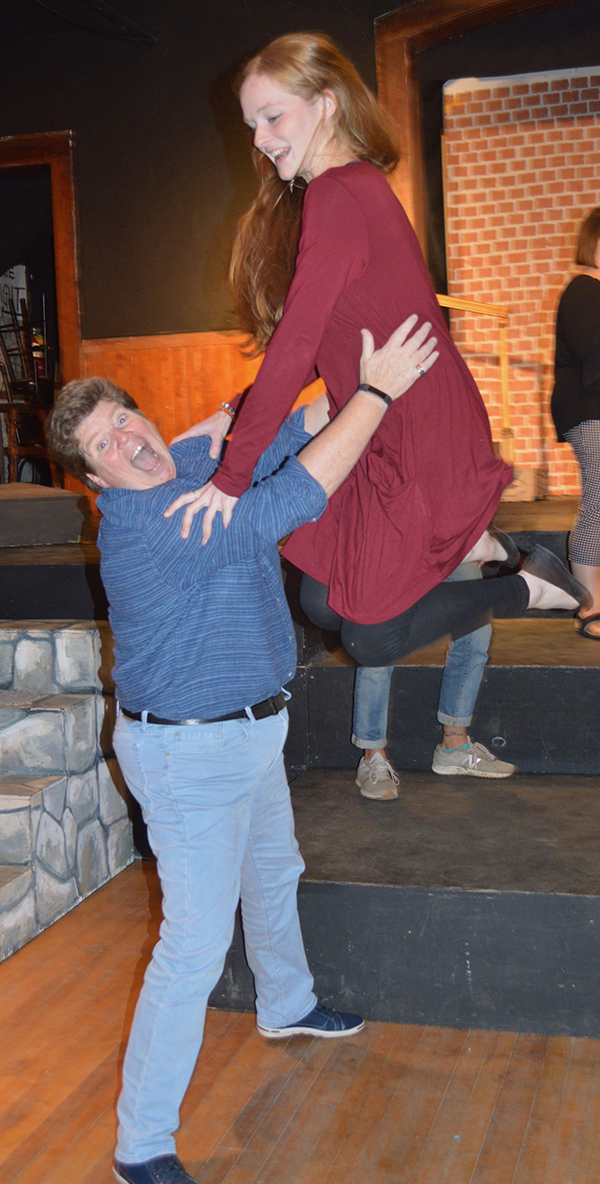 The Valley Players is holding auditions for the fourth show in their 40th anniversary season – “Out of Sight, Out of Murder” by Fred Carmichael – on Sunday, October 6, and Thursday, October 10, at 6 p.m. both nights. The show dates are Friday through Sunday, January 17 through February 2. The production will be directed by Doug Bergstein.

“Out of Sight, Out of Murder” was the first winner of the Vermont Playwright Award, an annual award given by the Valley Players to new work, and was produced in 1983. In the story, author Peter Knight is grinding out a murder mystery in an old mansion where another author was murdered years before. A weird electrical storm effects a cosmic snafu and his characters come to life, including the lovely ingenue, the trusty butler, a feisty character woman, a dauntless hero, a fascinating "other woman," the always pregnant serving girl, and the wily lawyer waiting for midnight to read the will. Peter loses control of his characters and there is a murder; the intended victim is Peter. Other murders follow and the culprit is among characters who, having also worked for other authors, know a great deal about the subject. Can Peter find the killer before the killer gets his author? Is romance with the ingenue leading anywhere? Where is the fortune mentioned in the will? All is solved ingeniously with romance, suspense and cosmic wit.

Rehearsals will begin October 28 and will generally be on Mondays, Wednesdays and Thursdays. All are welcome to audition and will be able to list their conflicts and flexibility. More information can be found by going to valleyplayers.com. Questions can be sent to This email address is being protected from spambots. You need JavaScript enabled to view it. or call 802-583-1674.