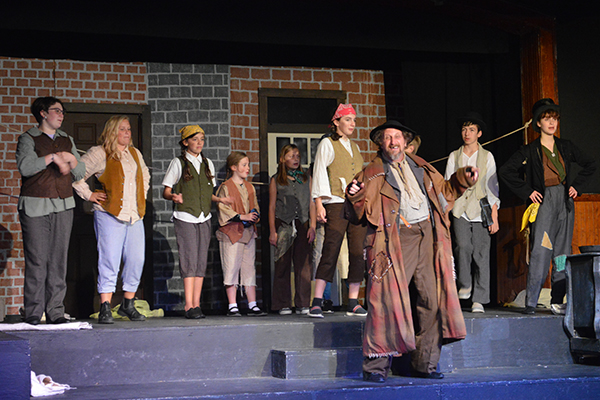 The Valley Players’ next production is “Oliver!” The musical is based on Lionel Bart’s work and will be opening on October 4 and running through the 20th.

“Oliver!” is directed by Ruth Ann Pattee, Fayston, with musical direction by Michael Halloran, Montpelier. The play is part of The Valley Players’ 40th anniversary season and originally played on the Valley Players’ stage in 2008.

“Oliver!” is set in early 1800s London, England. Oliver is a boy who was orphaned at a young age. He is taken away from the workhouse for asking for more food. The boy (Christopher Cummiskey, Warren, and Tarin Askew, Warren) is sold to be an undertaker’s apprentice, but not for long, as Oliver's new dwellings harbor vicious actions and words.

Oliver runs away and finds himself running with a band of pickpocket’s run by a common thief named Fagin (Matthew Winston, Williamstown). Fagin takes in homeless young boys and trains them to become criminals. Oliver, trying to make light of his new home situation, finds himself stealing in order to please others. Oliver is caught in the act but has pity taken on him by an older gentleman.

As Oliver tries to start a new chapter in his life, past demons still hunt and stalk him. Other characters look to help Oliver as they see his good nature. The secret of Oliver’s true identity remains a mystery until the end of the production but plays a vital key in the way others treat Oliver.

The sizable cast allows audience members a full spectrum of the way of English society and the trouble with little social class mobility in the time. Oliver is hunted down by constituents of the leader of the pickpockets in a series of dramatic scenes that threaten to take away Oliver’s newfound happiness and sense of belonging to a family that cares for him.

Put into the world under harsh circumstances, Oliver only looks for love and the feeling of belonging to someone.

Shows are Friday and Saturdays at 7:30 p.m. with Sunday matinees at 2 p.m. Refreshments will be offered during intermission and donations for those snacks will go to Circle, a Washington County–based organization dedicated to providing shelter, support and education for anyone experiencing domestic abuse. 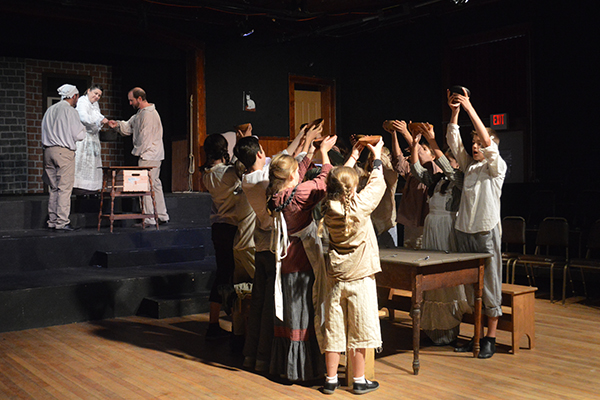