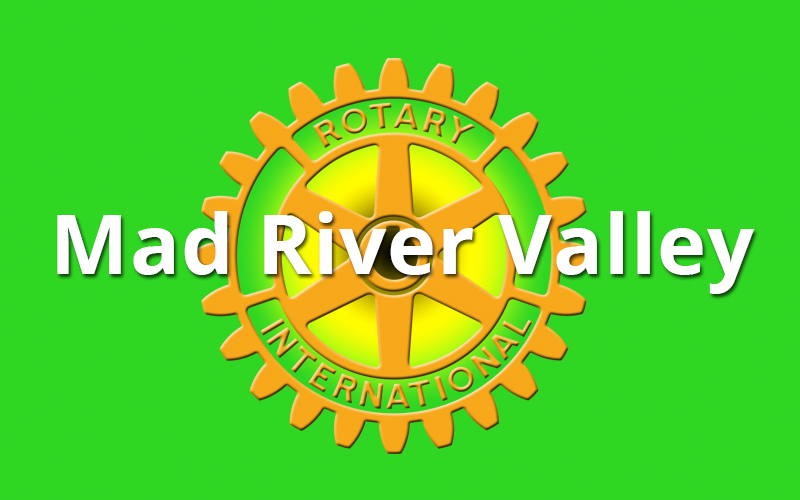 “I had always wanted to be involved in Rotary, but women could not join until 1989,” said Sara Gallet, a member of the Mad River Valley Rotary Club. Rotary International, a service club dedicated to promoting peace and helping communities, started in 1905 but didn’t allow women to join until 1989. “We had to go all the way to the Supreme Court to get the Rotary clubs to admit women!” said Gallet.

The Mad River Valley Rotary Club is part of the broader Rotary International organization. In The Valley, Rotary work means running raffles and writing checks that support community-based projects in the areas of health care, arts and sciences, educational scholarships and recreation.

Valley residents may be familiar with the popular Rotary Duck Race in which community members pay to send a real rubber ducky down the Mad River to race for a grand prize. What they might not know, however, is that in a group of nearly 50 local Rotarians, only a handful of women are involved in the club.

“One of the things that strikes me is that in The Valley, the perception is that Rotarians are men. When I’m at different Rotary events, inevitably a woman will turn to me and say, ‘well who’s your husband?’ I’ll turn to her and say, without being a jerk, that I’m the Rotarian,” said Gallet.

Gallet has poured a lot of energy into the Rotary’s “Restart The Valley,” initiative that supports local businesses by buying gift certificates with Rotary raffle money. “We have purchased over 125 gift certificates to help businesses. The community response has been amazing,” said Gallet.

Gallet hopes the perception of local Rotarians will evolve to be less associated with gender and more associated with the qualities that Rotarians possess. “A Rotarian is hard working and empathetic. A Rotarian values the community and values time spent in helping others,” said Gallet.

When asked if it was hard to break into what has traditionally been a boys’ club, Gallet said no. “I always felt invited and encouraged. The men were like me. They just wanted to work hard and be a part of Rotary,” she said.

Linda Levin, another woman in the local club, had an equally positive experience joining the club. “It feels very welcoming,” said Levin, who joined last July, not dissuaded by the lack of female membership. “Everything good that happens in The Valley comes from the Rotary’s contribution. That’s what inspired me to join,” said Levin.

However, she admitted she was surprised to see how few women were in the organization. “Based on the amount of strong, smart women in The Valley, it surprised me. I kept asking myself, why aren’t there more?” said Levin. “I think it’s important to get more women involved because we look at what The Valley needs from a different perspective. Having more women involved will make a difference.”

Susan Snider, former Mad River Valley Rotary president, agrees with the push to involve more hands-on service work in the club. “Times have changed and our culture is different. We are working on doing more projects,” said Snider, who was inspired to join the Rotary after doing a Rotary-sponsored student exchange in high school. She hopes that adding more hands-on community work, rather than mere fundraising and check writing, will encourage more women of all ages to get involved.

Luckily, the current female Rotary members have brought a new ambitious recruiting energy to the club. “This is the exciting part. Nothing much has been done until people like Linda, Sara and Karen got together recently in the last couple months to brainstorm what we can do. There has never been a local initiative to do that. This is a brand-new energy, a new way of thinking,” said Snider. Karen, whom Snider references, is Karen Winchell, a longtime member of the local club.