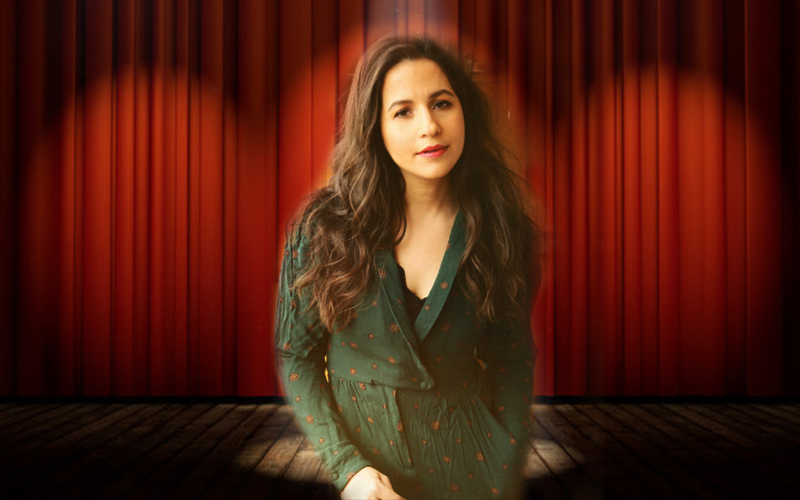 Shaina Taub’s favorite kind of day is a busy one. She’s up early, jumping on a New York City subway car to get to rehearsal by 8 a.m. She spends the day creating and collaborating, rehearsing choreography with fellow actors and periodically running back to her sheet music to do rewrites for the play she’s both performing in and writing.

After a long day of rehearsal, she runs off to partake in another performance, where she finds time for a quick sound check before spending the night playing piano or singing in a concert. After the performance, she’s out with friends, celebrating the success of the show until the wee hours of the morning, when she takes another subway back to her apartment and collapses in bed, exhausted. “I love those jam-packed days,” said Taub.

Taub, a New York City-based playwright, performer and songwriter -- whose songs have appeared everywhere from Broadway to Netflix -- grew up in the Waitsfield. She still remembers the first day of music class in first grade in that little brick elementary school on Main Street, where she learned the song, “The Circle of Life,” by Elton John, for the first time.

Now, Taub collaborates with Elton John regularly, as the two are currently writing the soundtrack for “The Devil Wears Prada,” an upcoming Broadway musical. Once the pandemic subsides and live theater is revived, Taub will add this collaboration to her long laundry list of accomplishments.

Here are a few others: She is a signed artist with Atlantic Records. She has released two independent albums: “Die Happy” and “Visitors.” She’s won the prestigious Kleban Prize, Jonathan Larson Grant, Fred Ebb Award, Billie Burke Ziegfeld Award and MAC John Wallowitch Award, all for her songwriting. She was nominated for an Emmy along with her collaborators, Sara Bareilles and Josh Groban, for a song that appeared as the opening number for the 2018 Tony Awards. On Broadway, her songs have been performed by revered Broadway actresses Sutton Foster, Audra McDonald and Phillipa Soo. She’s written songs for Sesame Street. She even wrote the theme song for Julie Andrews' Netflix series “Julie's Greenroom.”

As a performer, Taub earned a Lucille Lortel Award nomination for her portrayal of Princess Mary in the Off-Broadway production of Dave Malloy's “Natasha, Pierre & The Great Comet of 1812,” directed by Rachel Chavkin. She also appeared in the original Off-Broadway cast of Anais Mitchell's “Hadestown.”

If Taub’s list of accomplishments were written on a scroll, not only would the scroll hit the ground: it would roll out the door into the neighbor’s yard. The rest of her accolades can be found on her website, ShainaTaub.com.

As live theater has been put on hold since the global pandemic started, Taub, who is 32 years old, has been working in the confines of her New York City apartment, where she has been writing a musical, “Suffragist,” about the American women's suffrage movement.

“As a writer, my dream is to write shows that my 14-year-old self would have loved. I’m invested in creating shows and pieces that can inspire a new generation of young women. I want to write roles that might resonate with them,” Taub said.

“That’s why I’m writing about the suffrage movement. I grew up learning about history through musicals. I would love to bring that history, which I think is so inspiring, to a new generation,” she added.