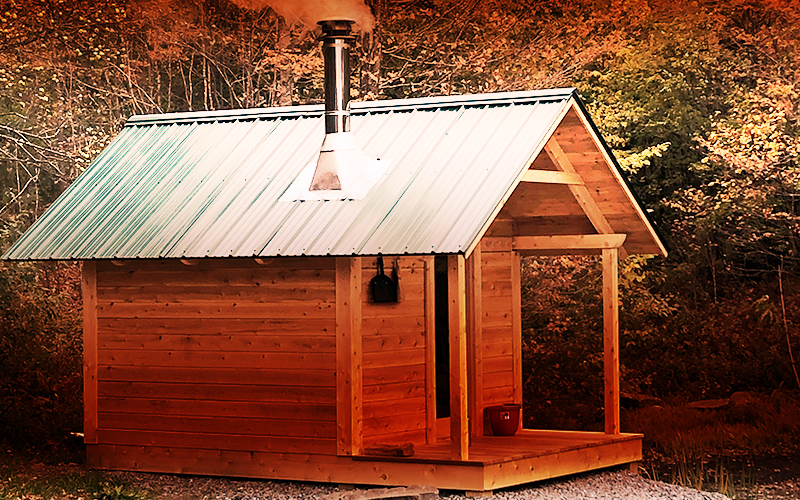 When the COVID-19 pandemic began last March, Nils Shenholm, owner of Solhem Sauna in Duxbury, said many of his potential clients were wracked by uncertainty about the economy and “everything in general.”

“For about four to five weeks I thought my work was drying up and then one day the phone started ringing off the hook and it hasn’t stopped,” he said.

The increased business is due to several factors, he said. The first has to do with a trend that started three or four years ago in the United States with an increased interest in the relationship between regular sauna use and cardiac health based on a 20-year study showing a dramatic decrease in cardiac issues in middle-aged men who regularly took saunas.

That study, Shenholm said, was peer reviewed and featured many doctors. It ended up in the New York Times and Wall Street Journal.

“People took notice. I’ve been involved in this for over 30 years and am well aware of the therapeutic benefits of saunas. But after that article everyone in the industry started to see more sales,” he said.

The second factor driving increased business is that people spent more time at home during the pandemic, did not take vacations and began spending money to improve their homes and add value to their lifestyles.

A third factor is the influx of people moving to Vermont from other places. They are building and remodeling houses and want to have amenities, including saunas.

“A bunch of my work right now is designing and consulting on equipment and materials as well as full-on installations, “Shenholm said, noting that he’s got clients all over the state and beyond, including Burlington, Stowe, Hanover, Cornwall and as far south as Brattleboro.

“When gyms closed due to the pandemic, many people who regularly used saunas at their clubs contacted me in the last 13-14 months. They missed their access to the sauna and wanted one at home,” he said.

Shenholm said that beyond basic electric and wood-fired saunas, people are increasingly turning to smart home technology for their saunas.

“I recently sold a heater kit to a Burlington family that has Wi-Fi capable controls. The owner can get off the plane, pull out their phone and click the sauna on so it’s ready to go when he gets home,” he added.