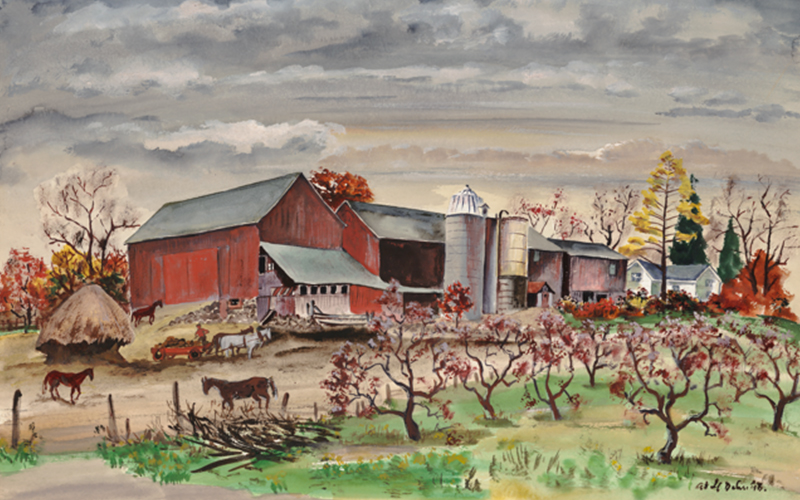 The Bundy Modern, Waitsfield, is hosting ‘Landscapes & Inscapes,’ a retrospective of the work of Adolf Dehn and his wife Virginia Dehn.

The exhibit opens on Saturday, June 19, and will be up until October 17. The gallery is open for visitors by appointment only. Text 802-777-2713 for an appointment. There will be an opening reception on Friday, June 25, from 5 to 7 p.m. At the reception fully-vaccinated people are not required to wear masks. Those who are not vaccinated are asked to wear masks.

Adolf Dehn (1895-1968) was an American lithographer who helped define Regionalism, Social Realism and caricature. He was a two-time recipient of the Guggenheim Fellowship. Virginia Dehn (1922-2005) was an American printmaker and painter whose work was known for its interpretation of natural themes in abstract forms.

This is the first time that their work has been shown together since 1964. The Dehns were married in 1947 and lived in a brownstone in New York where the largest room became their studio. The two artists worked side by side in that studio for many years, according to their nephew Andy Lowe.

Although husband and wife had very different artistic styles, they sometimes exhibited together. A friend of the couple remarked, “Adolf paints landscapes; Virginia paints inscapes,” hence the title of this current exhibit. 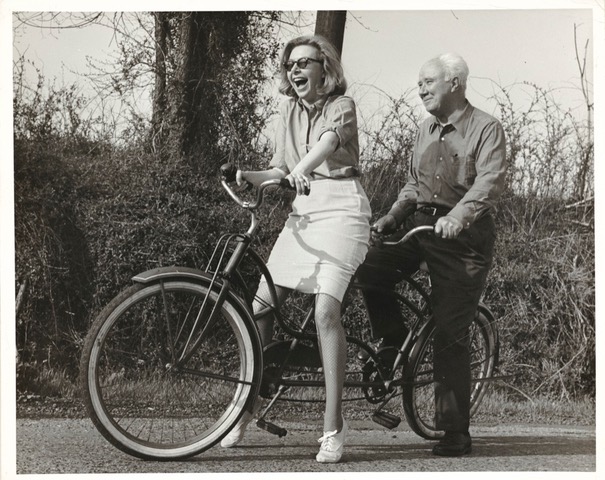 The genesis of this exhibit has to do with gallery owners June and Wendell Anderson getting a visit from their friends and neighbors John and Maura Egan, owners of Mad River Distillery.

“They walked down from Cold Springs Farm on the old logging road that connects to the Bundy and they had a friend visiting, Andy Lowe, whose mother was Virginia Dehn’s sister. Virginia and Adolf had no children so they left the collection of their work to Andy and his siblings,” Wendell Anderson said.

“Andy was impressed by the gallery and said it would be a fabulous place to show the Dehn’s artwork and we put it together,” he explained.

The Bundy’s two main rooms are awash with the color of Virginia Dehn’s work and the vibrancy and complexity of Adolf Dehn’s work. Amid the art are the Anderson’s collectible motorcyles, their young puppy Nico and assorted other semi-permanent pieces. And here’s a fun fact: all the Dehn artwork on exhibit is for sale.

That kind of serendipity leading to exhibits is not unexpected for a gallery like the Bundy. It’s unique architectural significance often allows the Andersons to punch above their weight in terms of the types of artists and exhibits it attracts.

“We’re a couple of amateurs who own an incredible building where artists of high caliber want to show,” Anderson said, recalling the Sir Michael Craig Martin exhibit of a few years ago.

“We exhibited his work and that of his daughter, a photographer for Vanity Fair. I think that year, his work was shown in LA, Berlin, NY, London and Waitsfield,” Anderson said.

*Please note that we have a young dog in training, Nico. He may jump, so let us know if you have dog fears.