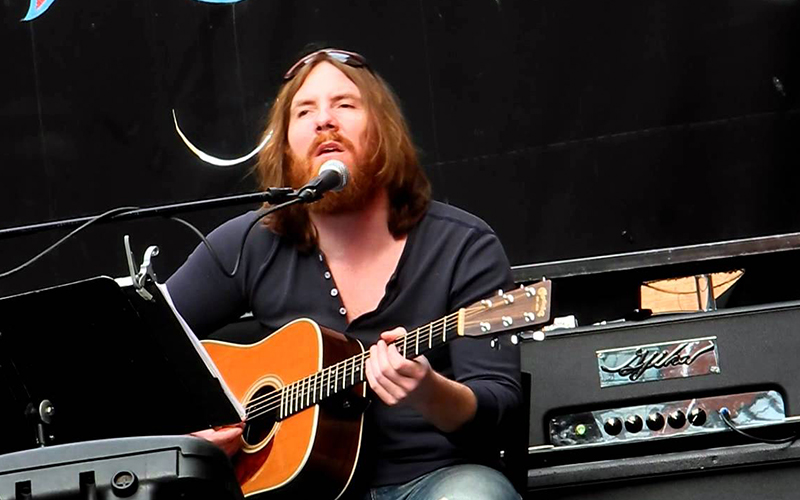 Wagner is well known in Vermont and beyond both for his work as a front man for Kat Wright’s band but also for his extensive solo work and collaborations with other Vermont musicians and festival work.

Wagner is a singer, songwriter and guitar slinger who loves blues, rock, folk, soul and improvisational music. He has performed with Grace Potter and The Nocturnals, Galactic, Mike Gordon, Jon Fishman, Page McConnell, Marco Benevento and Steven Bernstein and many others.

Camp Meade spokesperson Russ Bennett said Wagner is a supporter and has been wanting to get involved with Camp Meade for a while. He will have a core of band members who perform with him as well as guest musicians who will appear announced and unannounced.

Bennett said that Wagner would likely attract well-known Vermont musicians to play with him as Brett Hughes did for his Wednesday summer residency at Camp Meade. Last week at Hughes’ residency Phish guitarist Mike Gordon joined Hughes on the stage along with his regulars.

“It will be a great gathering and it could be big. We’re excited to be upping the ante in this little spot, supporting Vermont musicians and bands is a variation on a theme that is already in place,” Bennett continued.

Wagner’s residency will be from 5 to 8 p.m. Brian Lewis will be serving up food from the Camp Meade Snack Shack including Big Time BBQ, vegetarian and vegan offerings, creemees, watermelon, PBJs and more.

Camp Meade will continue to host its regular Sundays on The Green throughout the summer when Wagner is not in residence. Those events will feature a variety of entertainment, musical and otherwise along with a chance for people to connect and create community. Sundays on the Green will feature food and libations as well.

“We want people to feed the body with great food and feed the soul with great music,” Bennett said, adding that people are encouraged to patronize Camp Meade’s food and drink purveyors and also to bring nonperishable food goods to be donated to Capstone Community Development and the Vermont Food Bank. Donations are also accepted. Admission is free so that all people have access to art. For more information, visit www.campmeade.today.