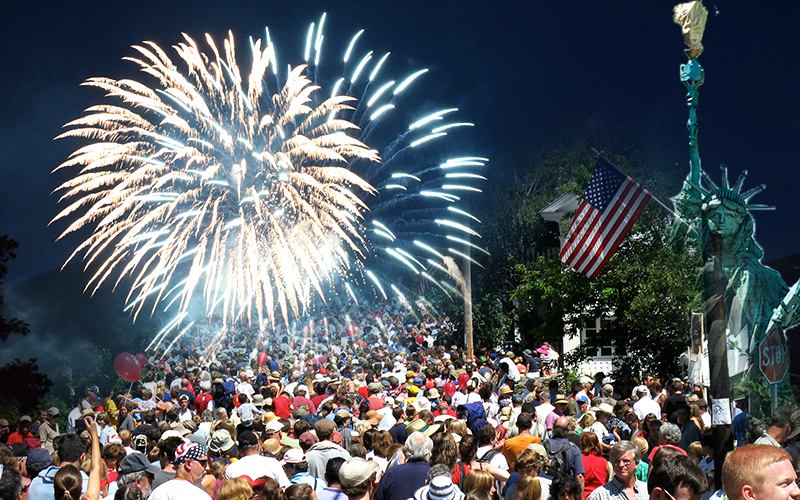 After the only hiatus in its almost 72 consecutive years, the Warren Fourth of July parade is back and this year’s theme is Heroes Among Us.

The parade returns to Warren Village where the canon will be fired at 10 a.m. and the parade will commence. There will be no Buddy Badges this year and no festivities at Brooks Field following the parade. Additionally, there is no shuttle bus service bringing people from Sugarbush to the parade. There will be a street dance with Bruce Sklar and his Sklarkestra playing from the balcony of The Warren Store. Additionally, there will be street vendors in Warren Village for the celebration.

Susan Klein who is managing the event for the Mad River Valley Rotary Club prepared a timeline of events for the day. It reads as follows: 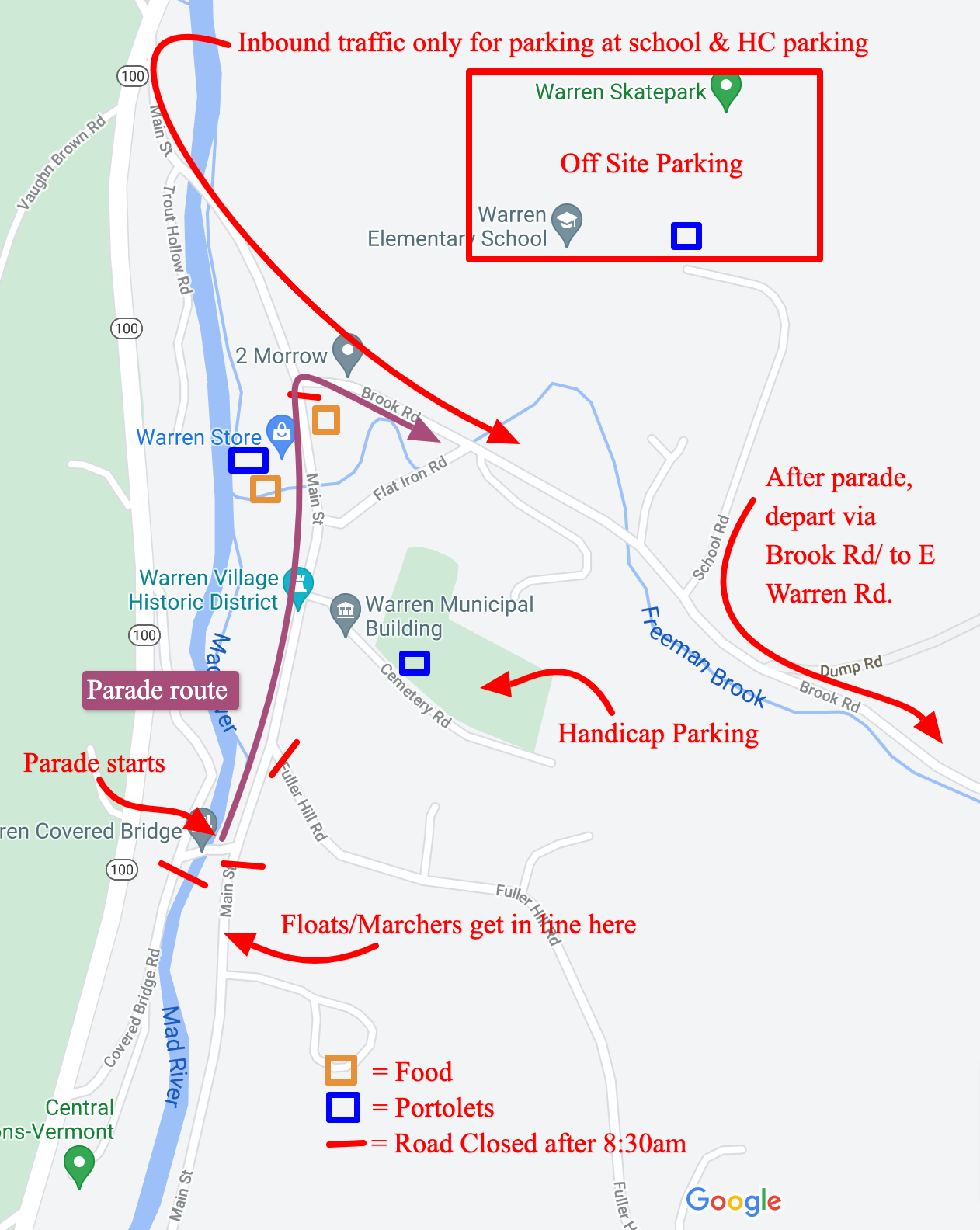 8 am: Vendors must have arrived in Warren Village preparing for setup.

Parking for individuals with disabilities will be at the municipal building and overflow will be at the grist stone/commuter parking area. Handicap parking placard must be clearly displayed. Arrive before 8:30 a.m. Parking on roads surrounding Warren Village will be limited to one side only to allow access for emergency vehicles.

8:30-9 am: Floats should arrive by this time, entering the village from South Main Street and Route 100 (not Covered Bridge Road) and line up in the order of arrival or as assigned by the Float Patrol. Floats and marchers need to stay in the order assigned. Floats and marchers do not need to register. No horses allowed. Warren Fire Department and other dignitaries go first; the rest fall in line.

10 am: The cannon blast, to be launched by a Mad River Valley Ambulance representative, and the signal is given to start the parade from the south end of Main Street by the covered bridge moving north on Main Street, turning right on Brook Road toward Warren School. Floats may park at town garage on School Road. Cars may not park there.

11:15 am: Bruce Sklar and his Slarkestra (sponsored by The Warren Store and Pitcher Inn) warm up on the porch of The Warren Store and the street dance begins. Warren Village Main Street from intersection of Brook Road south to Flat Iron Road will remain closed until band is done and street is swept. There is no alcohol allowed in Warren Village, with the rule enforced by security personnel.

Klein said that Doug Bergstein and Allison Duckworth are parade announcers. Karl Klein is float patrol; Karen Anderson and Audrey Mosley are judge handlers. Once the street dance ends, revelers can head up to Sugarbush for more festivities.

“We prefer you please leave your dog at home. You will have a lot more fun than your canine friend. There are always spare trash bags in the cans on the street. If you see a full can, feel free to pull out the full bag and replace with an empty bag. If you see trash on the street, consider picking it up and placing in a can,” she said.

At Sugarbush, the resort will host its annual dog parade in the afternoon from 1 to 2 p.m. (See related story page 12.) Dog owners can parade their costumed dogs around Lincoln Peak and are asked to provide a donation to benefit PAWsitive Pantry.

Sugarbush will be open all weekend for mountain activities from 10 a.m. to 5 p.m. including lift rides, downhill mountain biking, disc golf, bungee trampoline and hiking. The Farmhouse Rental Shop will be open for bike rentals and repair.

Finally, late night festivities commence at 7:30 p.m. with live music by Medicine Tribe and fireworks launching at 9 p.m. Drinks and food will be available at Rumble’s Bistro & Bar.