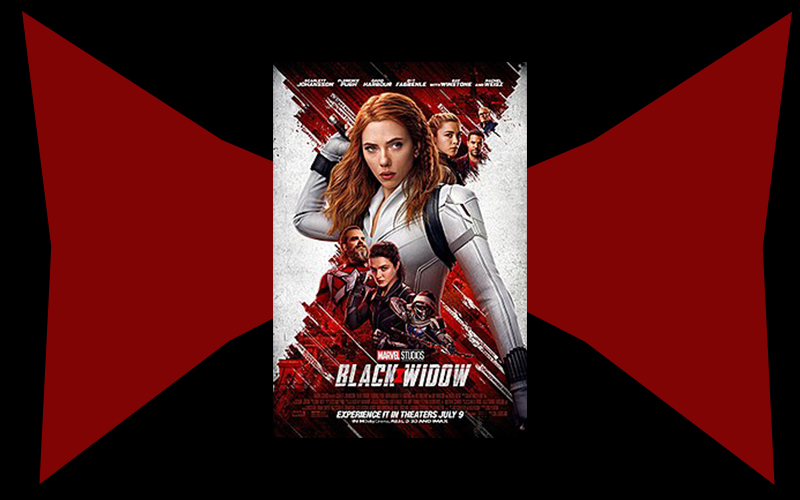 Begin with some exciting news – Hollywood movies are back!

For all of us missing a fully human movie-going experience: massive sliver screens, hot buttery popcorn, whomping Dolby sound and the collective act of sitting in a dark room with people we don’t know sharing the power of story – this is indeed a welcome phenomenon.

Begin with Scarlett Johannson (easily the most attractive character in the Avengers army) -- back with her back story as Natasha Romanoff. (Side note -- as with all Avengers characters sooner or later, “Black Widow” explains how this individual Avenger came to be.)

Turns out, a young Natasha and her “sister” Yelena Belova (Florence Pugh in a solid semi-comical performance) were raised in the U.S. by two Soviet sleeper cell agents – “mother” Melina (Rachel Weisz as a scientifically minded brainiac) and “father” Alexei (the hilarious David Harbour, whose “Red Guardian” Soviet super hero character desperately wants to be as cool as Captain America). The four agents masquerade as a happy U.S. nuclear family until their cover is blown and they narrowly escape from the clutches of American law enforcement.

Fast forward two decades – Natasha and Yelena find themselves reunited and hot on the trail of a mysterious Russian scientist/entrepreneur named Dreykov (Ray Winstone), who operates a shadowy network of genetically-enhanced female assassins known as “widows.” “It's my network of widows that help me control the scales of power,” explains Drekov early in the film. “One command, the oil and stock markets crumble. One command, and a quarter of the planet will starve. My widows can start and end wars. They can make and break kings.”

When confronted with the truth regarding Dreykov’s powerful spidery web of influence, Natasha and Yelena turn their two backs on their “widow” status and decide to destroy Dreykov’s scheme and liberate their fellow augmented women/cyborgs from his evil clutches. How they do this, while finding themselves reunited with their former “parents” Melina and Alexei, comprises most of the movie – and without giving away any more plot details here, the ride is a wild and rollicking one.

Most interestingly, for audiences attending to current events, “Black Widow” raises all kinds of fascinating civilizational questions, among them: 1) the overreaching power of digital networked technology; 2) the merger of humans and machines, as desired by the transhumanist technocrats catalyzing what they call a “Great Reset” into a “Fourth Industrial Revolution,” and 3) the role of fully human resistance in the face of these powerful 21st Century trends.

Enjoy the web woven by “Black Widow,” and see you at the movies!

Williams lives in Waitsfield. Reach him at This email address is being protected from spambots. You need JavaScript enabled to view it..