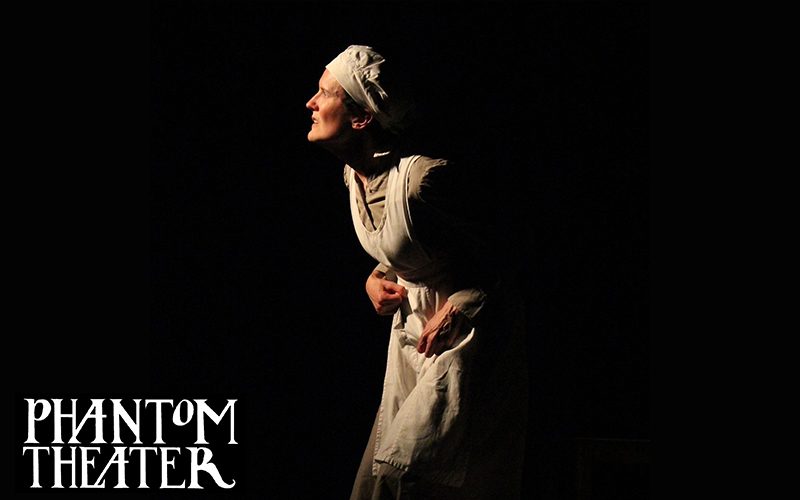 “Magdalen,” a play written and performed by New York actor Erin Layton and directed by Julie Kline, is about the women and girls handed over to nuns in Ireland, mostly by their families, as punishment for infractions that included out of wedlock pregnancies. It was a lifelong sentence once they were locked into what were euphemistically called “The Laundries.” The horrors they endured were only revealed in the 1990s.

Layton was inspired and deeply touched by the stories of the girls so much so that she flew to Ireland in 2010 and found abandoned laundry sites in Dublin, and also met with the gatekeeper of a former laundry and some survivors. It was there that she felt driven to create fictional characters that included the girls, but also the nuns, and even the state of Ireland. Kline came on board to direct, as Layton explained that she had the stories and characters, but needed a director to create structure. The resulting play has been presented in multiple countries and cities and won awards. Stephanie Rodriguez of “StageBuddy” wrote, “A layered powerhouse performance where every gesture, mannerism, regional accent and posture fully captures the essence of the people.”

Layton opened up a topic that had remained hidden, a secret, for decades and by doing so, exposed the Catholic church and its patriarchal structure that allowed female slavery to endure. She compares it to “white people in this country refusing to openly talk about their complicity in slavery,” adding that society is responsible for establishing the structures of denial, oppression, discrimination and marginalization.

Layton is as passionate a performer as she is a writer. Her new show, “Woke,” is a work-in-progress. It is about the evangelical leader Beth Moore, who left the Southern Baptist Church, where she had acquired a tremendous following, after reading about Donald Trump’s misogynistic comments on Access Hollywood. Layton will perform it for the first time in front of an audience.

“Magdalen” opens August 20 and runs for two nights at 8 p.m. “Woke” will be presented Tuesday, August 24.  Tickets are on a first-come, first-served basis. There is a suggested donation, but any amount is appreciated. The theater is at the corners of Dump Road and Airport Road in Warren. Go to www.phantomtheater.org for information and directions. Masks are required.