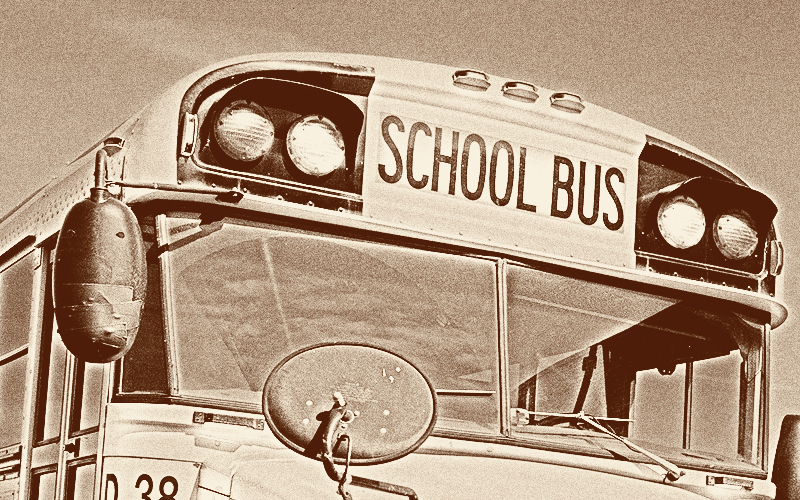 Now that I am 84 years old and living in Montpelier, I recently ran across the following photo taken by my mother, Isabel Moriarty Bisbee (1912-1946), in Waitsfield at the corner of North Road and Meadow Road in 1942. That was the year I started first grade at Waitsfield Elementary and High School (now known as the "Old High School") on Main Street in Waitsfield Village. I was only 5 years old, and we had no kindergarten or preschool and since I was large for my age, my mother told me, I could start early after passing a test. (My assumption later was that my mother had just been diagnosed with a malignant brain tumor and one child, my younger brother, Dan Bisbee, was all she could handle most days.) We lived 4 ½ miles from the village on the North Road, much closer to Moretown Village, but we were Waitsfield taxpayers.

So, this day was very special for me all dressed in my best dress, hair in ringlets, a bow in my hair and new shoes and socks.

After Lucille Palmer entered the old school barge, it would be my turn to climb the steep steps and enter our barge, as we called it. One of two old farm trucks with a body made of some kind of parboard, no windows except for the back door and a tiny round hole through the cab window to let in a little air and light in the cold months and to barely communicate with Willis Armstrong, the driver. Ours was a large farm truck. The other barge, or maybe two, was a pickup truck and served the south side of Waitsfield Village, South Fayston and went all the way to Warren Village. Ours served all of north Waitsfield, all grades as well as the high school all the way to North Fayston and the Turner farm. Later that year, Moretown
Village was added as several high schoolers commuted to Waitsfield High School if they chose to do so. Obviously, this was well before Harwood Union High School was built.

What a surprise when I entered the barge! There were two or three other students, including Lois Andrews and the Armstrong children, sitting on large planks at seat height. They extended from the front to the back, one on each side and one extending down the middle. It was very dark inside, no lights. I chose to sit on the middle plank way up near the front so I could see Mr. Armstrong in the cab. We proceeded along Meadow Road, through the then covered bridge on to Route 100, heading towards Moretown picking up Albert Turner, Bernie Viens and perhaps other North Fayston high school students. We then headed back towards Waitsfield Village where we picked up Wesley Tucker, a Maxwell girl and Lewis Joslin at the old Joslin/Hartshorn farm and then at the top of the hill, the two Gaylord twins at the Walter Gaylord Sr. farm. The twins, who were seniors in high school, were identical almost, with very different personalities. They greeted me heartily and erased some of the fear I had been carrying as they chatted away, sang World War II songs and made me feel right at home as the barge filled almost to capacity as we picked up Laura Jones, Rowena and Lois Jones at the Charles and Earl Jones farms, and the LaVanaway clan who walked to Route 100 and Billy Storey across from the Pines Rest Area, before approaching the village, who were seniors in high school.

That first day was very long as it lasted from 8:30 to 5 p.m. before we were picked up and delivered home by the old barge. Upon arrival, we sat in our bolted-down iron and wooden seats with inkwells and a top covered with old student initials and markings all arranged from the front to the back of the room, according to size and from the left to the right according to grade. For reading time we went up front to sit in little red chairs. At lunch time we all took our lunch boxes outdoors to the large playground and ball field (now housing the Waitsfield-Fayston Fire Department). The swings, which I liked, were out back beside the old cemetery. We had a whole hour for lunch and morning and afternoon recesses. When we came back to our classroom, the teacher read us all a story from Uncle Wiggily’s or Snow White, etc. while we put our heads down on the desk to rest.

On the first floor there were doors beneath the stairways; on the left another stairway going down to the boiler room, the boys' bathrooms, a large all-purpose room used as a woodworking shop, for indoor exercises and later for hot lunches. On the right side, the stairs descended to the girls' bathroom and the all-purpose room at the back. Towards the back of the first floor, at an obviously added-on part of the building was a large ramp upwards to the combined home economics and shorthand and typing room on the left and the fifth- and sixth-grade classroom on the right.

This mysterious maze of rooms was my introduction to the Waitsfield School which housed all grades from one to 12. My anxiety level for the first few months was quite high although we had a wonderful teacher, Miss Carolyn Joslin, a friend of my mother who became Mrs. Kingsbury when I was in second grade. The only problem I had with her was that she made me hold my pencil and write with my right hand and gave me a B in penmanship when writing cursive. After my mother told her I was left-handed, she did let me change so I received my usual A!

For the first few months of school before the Moretown route was in place, I had to walk home from the Palmer farm to our North Road red round barn farm (burned in 1971). It was also quite scary for me all alone and in the winter it was dark. A lovely older woman lived at the top of the hill by the ice pond and Mr. Gaylord's sheep pasture now planted with fir trees. Her name was Mrs. Goodrich. She often invited me in for cookies and Kool-Aid, which was a nice respite before my walk down the hill by the murmuring large pine trees and the humming power and phone lines and open pastures on both sides, past my grandparents' house, the house I was living in when first born and on to my farmhouse where the Schavones now live. Getting home around 5 p.m., it was quite a jaunt for a 5-year-old. The one high point of these days of walking alone was when my dad, Daniel "Drew" Bisbee, met me at the Palmer farm with a one-horse open sleigh, right before Christmas and gave me a ride home with me cuddled up next to him under a heavy blanket!