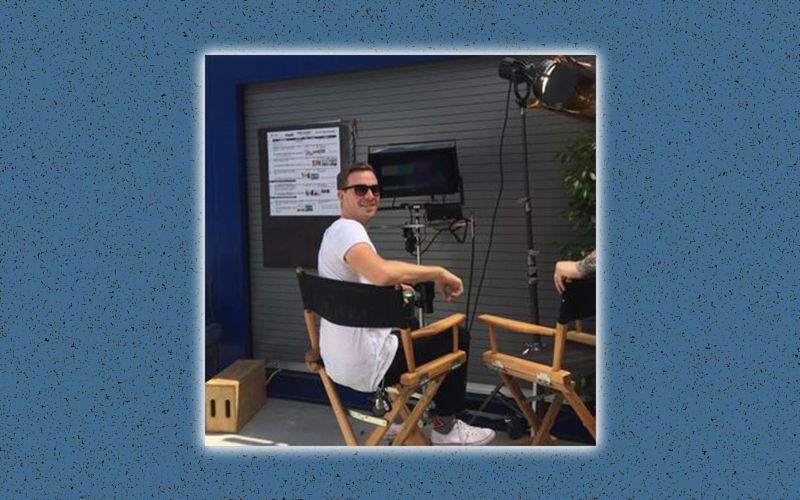 Jonathan Hyde, Harwood Union High School Class of 2004, is the producer and director of a new Amazon Prime limited series, “Always Jane,” airing November 12. The four-part docu-series follows the story of a transgender teenager growing up in New Jersey. “If you learn to see somebody as another person it solves a lot of problems,” Hyde said. “Breaking down those barriers is really important.”

“Always Jane” started as a side project. “It happened totally unexpectedly,” Hyde said. When researching for another project, he met Jane Noury and her family. “I got sucked into their story and spent two years making it,” he said. He called the Noury family’s story “a great example for other families” going through similar things and hopes that it can help others. Hyde said he likes “getting into another person’s world. You realize how people are more similar than different.”

Hyde has a decade of experience in film under his belt, including commercials for Peloton and Samsung and short films such as “Bye, Bye, Plastic.” This is his first documentary series. He said of the process of creating and selling the series, “It’s such an enormous amount of work, I had no idea what I was getting into… It’s all about the people you collaborate with.” He worked with an experienced editor who had worked on projects like “Fight Club” and documentaries. He believed in the project and connected Hyde to producers and writers. “I realized you can’t work in a vacuum,” Hyde said. “You’re only as good as the people you work with.”

He expressed concern that suicide attempt rates are so high among transgender youth and discrimination is still rampant and hopes Jane’s story can help combat some of the stigma and stereotypes and show another perspective. “The [Noury] family is so remarkable,” he said. “When you see their story, it’s incredibly inspiring. People who might be going through this can learn” from them. “This is their story to tell and I helped them tell it,” he said.

Hyde was a member of the AV Club at Harwood and started film projects at the age of 16. He studied Fine Arts at Concordia University in Montreal. “I always was fascinated by film; it’s such a cool medium,” he said. “I love storytelling and you can really see other people’s worlds, experience things from other perspectives” through film.

Raised in Waitsfield and Fayston, he is the son of Mary Kathleen Mehuron and Bruce Hyde Sr., Granville, and step-son of Tom Mehuron, Waitsfield. He is the brother Bruce Hyde Jr., Dr. Thomas Mehuron and Nora Hyde. He credits the Mad River Valley community with getting him where he is today. “I don’t think I’d be doing what I’m doing if I didn’t grow up in The Valley,” he said. “I had no appreciation for it growing up but, looking back, there’s amazing artists. The stuff I was exposed to growing up was so beneficial.”