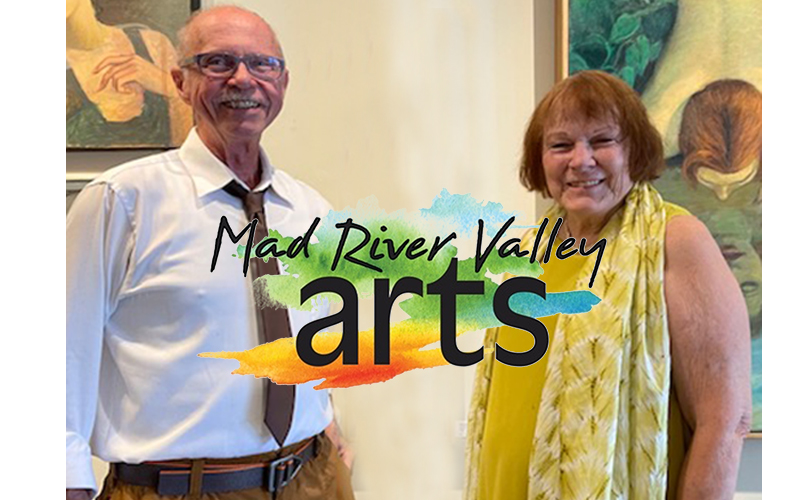 Mad River Valley Arts has appointed Jane Macan as president of its board of directors. Macan has served on the board for five years, including as secretary. She and her family have owned a house in Warren since 1990, though they made it their primary residence in summer 2020.

Macan first got involved in local arts when she met a young potter at the farmers market who told her about struggling to support his family with a career in the arts. She thought, “There has to be some way I can help.” She wanted to get involved in the local arts community and support artists in making a living. Macan owned a yarn shop outside of Philadelphia for 20 years, where she designed patterns, primarily for garments. Though she doesn’t call herself an artist, she comes from a family that appreciated the arts and said her mother was a wonderful painter. “I love having beautiful work around me,” she said.

When it comes to The Valley Arts, she said, “We have a fabulous board,” noting that they’re hoping to add a few board members to the organization. “It’s a group of people who want to see the arts thrive here,” she said. “My major goal is to broaden the base of what we support,” such as musical arts like the Mad River Valley Chorale, for example. “We have to be all things to all people,” she said, “We need to be the advocate” for arts happening both in The Valley and beyond. “There are things going on in The Valley other than just skiing to attract people,” she said. “We can make people aware of what’s out there,” including more outreach to inns and the hospitality industry to promote artistic events and sites in the area to visitors. She also noted that one of her goals is to “Make locals aware of what else is going on in the state” in terms of the rich artistic economy throughout Vermont.

“I think it’s really important for The Valley to support The Valley Arts,” she said, both in terms of financial support and volunteering. She said more than 400 volunteer hours were logged for local shows this summer alone. She also mentioned that the Green Mountain Watercolor exhibit in the Big Red Barn Galleries brought in roughly $26,000 from sales into artists’ pockets.

Macan said she hopes to be out of a job in two years, by which point she would like to see Mad River Valley Arts have a paid executive director. “I hope we can afford to bring in an executive director for this organization to succeed.”

Macan gives credit to former board president and current volunteer Gary Eckhart for his work in the local arts scene over the last 20 years. Eckhart, a painter, co-owns Moosewalk Gallery in Warren. “Gary has worn every hat imaginable,” she said. “Whatever needs to be done, he’s done it all. I really hope I can take up where he left off.”