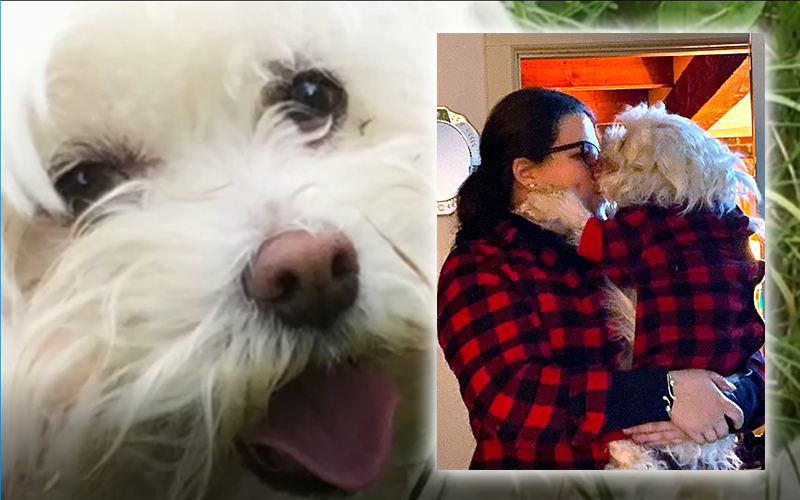 “She never ventures,” she said. She speculated that Mimi found a small hole in the fence, though there were no tracks in the snow. “It was like she vanished out of thin air,” Velutini-Hoffman said.

She and her family spent hours tracking Mimi in the woods. “I was out with my sisters all night long.” She said there were many texts and emails with supportive neighbors. Neighbors Karin and Erica Stroem “went above and beyond,” bringing their own dogs to search for Mimi in the frigid night.

Finally, the following morning, friend Abby DeFreest noticed a small dog nearly being hit by a car near the von Trapp barn on Common Road in Waitsfield. She saw the dog run across the road and recognized her as Mimi. While her pajamas were frozen and she looked a little shaken, Mimi returned home safe and sound.

“I [wish] to thank everyone who reached [out] with their prayers and suggestions, for their kind emails and efforts on our behalf, I cannot tell you how humbled and moved we were by your support. And last but certainly not least, thank you, thank you thank you to the wonderful Abby DeFreest for finding our baby girl and bringing her back to us! You brought us a miracle. May god bless all of you and shower you with all that is good and thank you so much for staying kind and generous … It means so much more than I can possibly say,” Velutini-Hoffman wrote on social media. Hopefully, Mimi has learned to stay close to home.