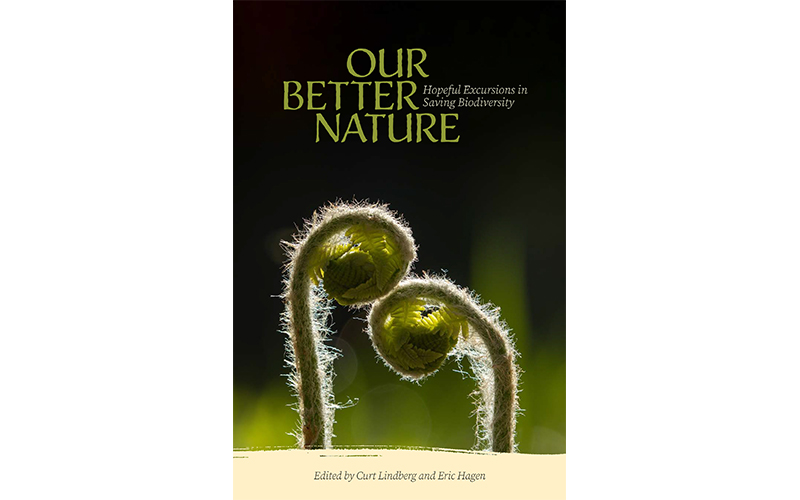 Henry Ford was obsessed with the supply chain. It was the weak link in his assembly line concept of mass production. To that end, he eliminated dependence on supply vendors. He bought coal mines, rail lines and ships on the Great Lakes to transport coal, as well as iron ore, lumber and other raw materials to his new River Rouge factory outside of Detroit, Michigan, where he turned these materials into automobiles.

The late 19th and early 20th centuries saw the maturation of the Industrial Age; many companies grabbed raw materials from the earth, ramped up production, and manufactured everything from I-beams to flatirons. Land and waterways laid waste by these pursuits could no longer support plant and animal life and were ignored.

Today, thanks to voices like those of the late Edward O. Wilson, one of the world’s foremost naturalists, as well as prominent environmentalist Bill McKibben, people are learning the results of failing to address the frail state of the natural world.

A new book, “Our Better Nature”, is a powerful collection of essays that call attention to the declining state of the earth’s biodiversity through stories by and about Vermonters who dedicate their lives to educating others about our undeniable connection to nature, and their efforts to restore the health of the state’s biodiversity.

One essay captures the work of two middle school teachers as they engage their students in the natural world by learning about birds through imaginative field trips to the state’s wild lands -- more than 30 trips a year.

The essays also show that what has been learned can be applied far beyond Vermont’s borders.

Divided into three parts, the book first provides lessons in biodiversity; then cites examples of sharing the land with its plants and animals, and third, describes steps we all can take to protect and expand biodiversity.

The concept of half-earth, Professor Wilson’s idea of setting aside half of the planet for nature, is explored. Rewilding, wilderness recovery on a grand scale, is also explained in detail. The Adirondack Park serves as an example of both half-earth and rewilding -- a place where humans are learning to share the space with the other animals and the plants that live with us. The park is cited as the greatest example of rewilding on earth.

It is a beautifully illustrated book. The photographs serve the text well; they inspire the reader to think about how each of us can do more to reconnect with the nature that human activity significantly harmed during the past two centuries.

There is a foreword written by George Schenk, founder of American Flatbread and a leading local exponent of biodiversity efforts, and an afterward written by Doug Tallamy, professor, Department of Entomology and Wildlife, University of Delaware and author of three books and 105 research papers on conservation.

Hagen, who contributed many of the essays, earned a master’s degree from the University of Vermont’s Field Naturalist Program and now lives in British Columbia. His focus is understanding how ecosystems grow and change, and how people fit in with the nature.

Lindberg, a resident of Waitsfield, VT, helped found the Vermont Alliance for Half-Earth, an organization that advances biodiversity preservation. With a master’s degree in health care administration and a doctorate in complexity science and social change, Lindberg has devoted his professional career to helping organizations use complexity science concepts to improve the quality of health care.

The book was published by the Vermont Alliance for Half-Earth, Northeast Wilderness Trust, Vermont Natural Resources Council and the Lintilhac Foundation.