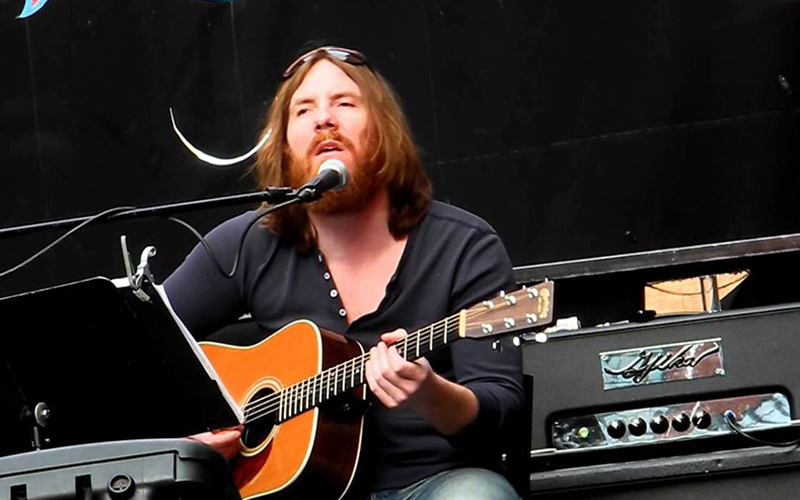 Wagner is well known in Vermont and beyond both for his work as a front man for Kat Wright’s band but also for his extensive solo work and collaborations with other Vermont musicians and festival work.

Wagner who loves blues, rock, folk, soul and improvisational music, has performed with Grace Potter and The Nocturnals, Galactic, Mike Gordon, Jon Fishman, Page McConnell, Marco Benevento and Steven Bernstein and many others.

Camp Meade spokesperson Russ Bennett said Wagner is a supporter and has been wanting to get involved with Camp Meade for a while. He will have a core of band members who perform with him as well as guest musicians who will appear announced and unannounced.

Wagner’s residency will be from 5 to 8 p.m.  Camp Meade’s Snack Shack will be open every night that there is music. The Snack Shack features grilled items, vegetarian and vegan offerings, watermelon, PBJs and more.

Camp Meade will continue to host its regular Sundays on the Green throughout the summer when Wagner is not in residence. Those events will feature a variety of entertainment, musical and otherwise along with a chance for people to connect and create community. Sundays on the Green will feature food and libations from the Snack Shack as well. People are asked to bring donations for the food shelf for Wagner’s shows.

On Friday, June 24, the concert on the green at Camp Meade will be Breathwork. That show takes place from 5-8PM. Breathwork pays homage to the styles of quintessential American guitarists such as Bill Frisell, Ry Cooder and Marc Ribot, mixing originals with a repertoire of covers. Musicians include Xander Naylor – guitar, Pat Markley – bass and Ethan Snyder - drums

The green opens at 4 p.m., Show starts at 5:30. Wood fired pizza will be available from Red Hen and the Snack Shack will be open for this event as well as the June 29 blue grass show featuring Brett Hughes and Friends, “That Bluegrass Band. Hughes et al return to Camp Meade on Wednesday night for two sets from 6 to 8 p.m. Hughes will be at Camp Meade on Wednesdays through mid-September, joined by a each week by a rotating roster of musicians.