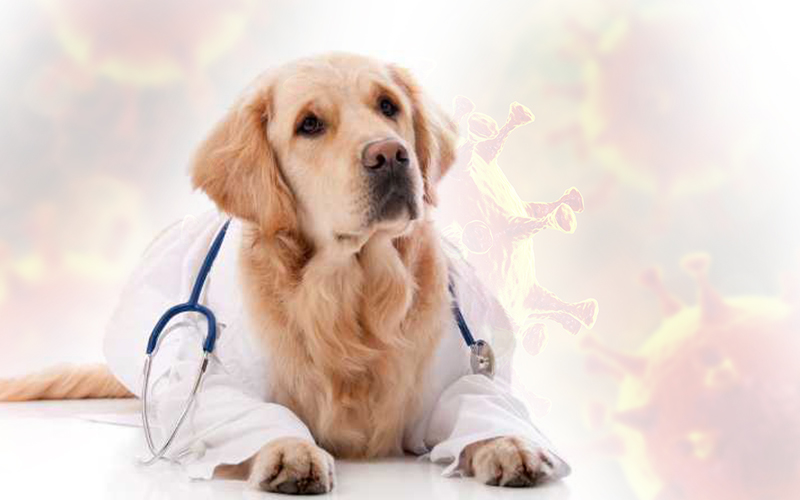 Christy Householder is a veterinary technician at Mad River Veterinary Service, Waitsfield. Through her job she is intimately aware of the doggy drama in The Valley, both coronavirus- related and not.

To start, Householder noticed a new dog-related trend that came with the rise of the pandemic: the lockdown puppy-buying extravaganza. “Everybody’s been getting COVID puppies,” she said.

“We’ve had a lot of puppies, and kittens too, but mainly puppies. Because people are home more, they’re like, “Let’s get another dog!” I just got another kitten, so I’m guilty of it too,” said Householder.

As far as running a veterinary business during a pandemic, Householder said the clinic has adapted well. Currently, much of appointment-related interaction is conducted over the phone so when pet owners get to the clinic, all they have to do is drop off their pet and wait outside or in the car. “We’ve gotten pretty good at it,” said Householder about conducting pandemic-safe appointments.

Kidney disease is one of the most prevalent dog-related issue that Householder has seen in the clinic this year. She said that the best thing to do for a dog with kidney disease is to put them on a special kidney-aid diet. This diet is high in protein and lower in carbs.

One silver lining of the pandemic is that work-from-home schedules have allowed people to spend more time walking their dogs. “Personally, I see a lot more people out with their dogs now,” said Householder. “Keeping your dog at a healthy weight is important.

However, dog owners should beware of ticks when outside with their dogs, even in the middle of winter. “If there’s snow cover and its below freezing, they’re not there. But if there’s no snow, ticks are out there,” said Householder.

Householder explained that, while fleas can only survive in warm weather, ticks have a variety of mechanisms that let them survive in the cold. They need to burrow to escape snow and below freezing temperatures, but they've developed a natural anti-freeze called “cryoprotectant” that lets them survive the cold. Thus, during an unusual mid-January snow melt, ticks resurface and can pose a threat to both dogs and their humans.

“There aren’t ticks 365 days of the year, but there are ticks 12 months of the year,” said Householder. “Especially with the way we’ve been warming and having no snow periodically during winter months.”

These are all things to keep in mind for Valley dog owners, of which there are many. Additionally, while Valley dog owners love a variety of breeds, Householder noted that one breed is more popular than most in this neck of the woods: the lab. “We see a lot of labs,” said Householder.