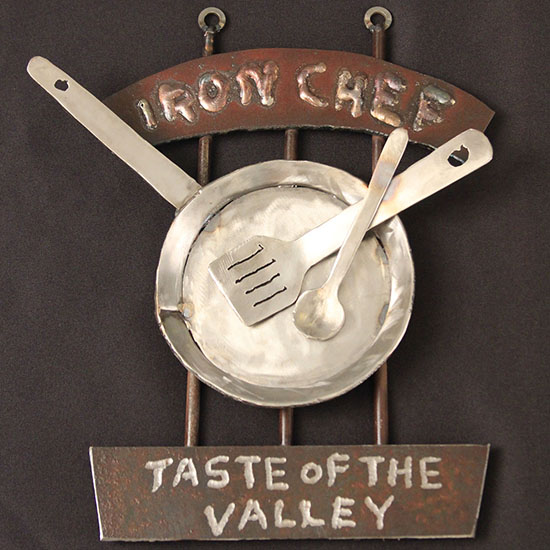 Taste of the Valley is Sunday, August 10, and the new Iron Chef Competition shouldn't be missed.

Iron Chef will pit two favorite chefs in a head-to-head cook-off during Taste of the Valley. Guests at the taste will vote for their favorite chef/taste during the dining portion of the evening. At 7 p.m., the mystery ingredient will be revealed and the top two winners will begin cooking. Sugarbush is providing the cooking stage, a Valley pantry of specialty items will be available and chefs can bring five "must have" items (i.e., cooking tool, ingredient or spice) to help prepare their dishes. The competitors will prepare two different dishes for three judges in 40 minutes. To add to the fun, two lucky attendees will be chosen from the audience to help on stage!

There is an impressive panel of judges: Alice Levitt, food writer for Seven Days; Tom Bivins former NECI executive chef and current executive director of the Vermont Cheese Council; and David Cohen, Valley Reporter food columnist and owner of Baked Beads. Judging will take place at 7:45 and Taste of the Valley Iron Chef of 2014 will be announced at 8 p.m.

Sculpture John Matusz has created an Iron Chef trophy for the winner to hang at their establishment. The Iron Chef trophy will return to Taste of the Valley next summer to be passed on to the next Iron Chef, while an engraved plaque will be given to the winner to keep. Local chefs are already planning their strategy. First they must prepare a scrumptious bite that will make people vote for them to compete. Then they need to figure out what they want to bring to make their cooking stand out.

Taste of the Valley has more to offer than the new Iron Chef Competition. Four artists will be painting "plein air" during the taste, Big Basin Band will be playing great tunes in the courtyard and there is a fabulous silent auction to check out and bid on.

To whet the appetite, here is an example of the food that will be served:

Tickets are still available and can be purchased at the farmers' market booth on Saturdays, the Festival Picnic this Sunday and Festival Gallery in Waitsfield, online at www.vermontartfest.com or by calling (802) 496-6682.