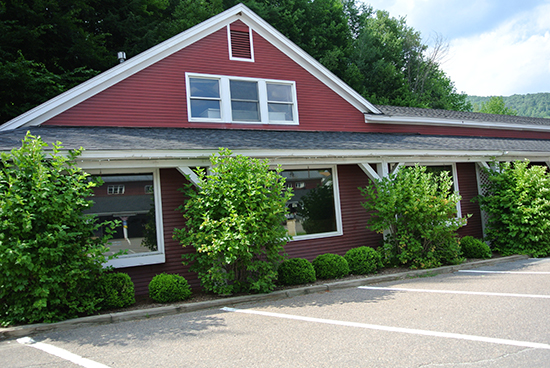 Come this winter, locals will have another place to eat, drink and swap stories.

Phantom, the restaurant, is in a way a culmination of all his previous ventures, Sargent said, in that "we'll continue to maintain the vibe that we've established." Sargent said, "We'll just have a permanent home." Sargent's business partner, Askew, who has experience starting and running sound engineering companies, will handle the financial side of the restaurant.

When it opens—hopefully in late December—Phantom will feature a bar with a few tables and lighter fare on the right side of the restaurant and sit-down dinner service on the left. Starting in October, Sargent will work with Crosspoint as project manager to renovate the space, which has been gutted and is currently permitted for a 60-seat restaurant.

When he starts on renovations in early October, Sargent plans to build a stage and install a sound system so that artists from his Phantom Music Series can perform in the space. And he's not getting rid of Chloe. Included in his five-year lease with Crosspoint are two parking spaces for the food truck, which he will keep for catering and events.

For fare, Phantom will serve up what Sargent describes as "new American cuisine," he said, which basically "leaves a ton of room for a very eclectic menu." He enjoys experimenting with dishes from different cultures and while the restaurant will feature some traditional pub fare like burgers, generally "it will be more adventurous," he said, "but not expensive."

"What's really important to me is that this becomes a local establishment," Sargent said, explaining that he plans to cater to Valley residents "first and foremost." In that, Sargent plans to source as much of his food, beer and spirits as he can from the area's food purveyors and expects his offerings to change on almost a daily basis as a result.

In working with farmers, "I'll let them tell me what they have available and we'll design dishes according to that," Sargent said, creating what he calls a "chalkboard menu." In all of his offerings, "we're really trying to showcase Vermont," Sargent said. "Not because it's a good business strategy, but because it's what we believe in," he said.