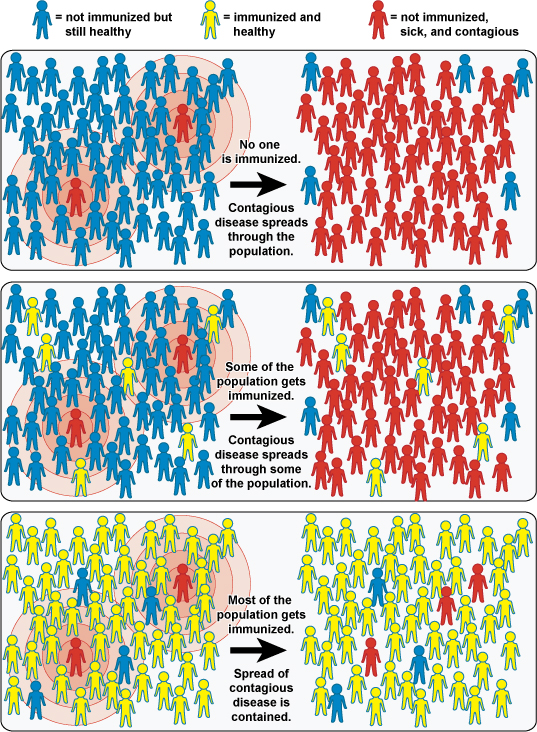 When the Vermont Senate voted 18-11 last week to approve legislation that would remove the philosophical exemption to the state’s immunization requirements for children enrolling in school, several Valley residents spoke out on networking websites like Front Porch Forum both for and against the decision.

According to the Center for Disease Control and Prevention (CDC), herd immunity (also known as community immunity) describes “a situation in which a sufficient proportion of a population is immune to an infectious disease (through vaccination and/or prior illness) to make its spread from person to person unlikely,” the center said. In this way, “Even individuals not vaccinated (such as newborns and those with chronic illnesses) are offered some protection because the disease has little opportunity to spread within the community.”

Within The Valley, vaccination rates also vary by vaccine. While 91.1 percent of elementary school students in The Valley had received the vaccination for measles, mumps and rubella, only 85.7 percent had gotten a shot for varicella, more commonly known as the chickenpox.

In choosing to opt out of required vaccinations, parents are required to submit an immunization exemption form to the state of Vermont listing which vaccinations their child has not received and whether it was for “religious” or “philosophical” reasons.

Before signing the immunization exemption form, parents must read education information from the Vermont Department of Health as well as acknowledge that “failure to complete the required vaccination schedule increases the risk to my child and others of contracting, carrying or spreading a vaccine-preventable infectious disease,” the form reads and that “there are people with special health needs in schools and child care facilities who are unable to be vaccinated, or who are at heightened risk of contracting a vaccine-preventable communicable disease, and for whom such a disease could be life-threatening.”

Moving forward, the legislation will go back to the House for its approval. In 2012, a similar bill was introduced to the Vermont Legislature but did not make it through the House in part due to opposition from the Vermont Coalition for Vaccine Choice which fought to keep the philosophical exemption.