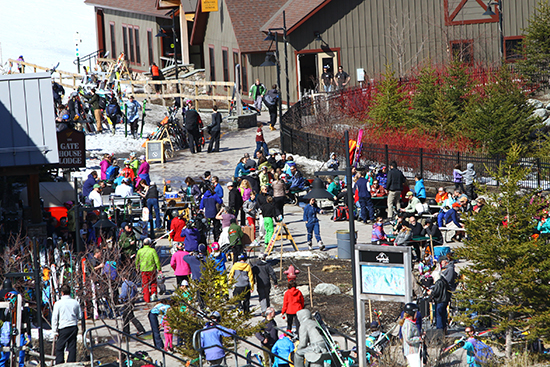 Sugarbush also made strides in recycling efforts. Recyclables for the 2014 calendar year were up to 33.3 percent of the total tonnage between recyclables and waste, up from 30.2 percent in 2013. The resort saw close to 135 tons of recyclables move through its system. This January, which isn’t included in the 2014 calendar year numbers, Sugarbush introduced liquid dumping stations, which will help provide even further reductions in waste moving forward. The resort also composted close to 13 tons of food scraps, which are transported to Grow Compost of Vermont in Moretown.

Along with these reductions in energy and waste, Sugarbush is also committed to the environment in other ways: Timbers Restaurant is a member of 1% For The Planet, a global collection of businesses pledging 1percent of revenues to environmental causes. All off-road diesel machinery at the resort uses biodiesel fuel whenever possible; the resort is a voluntary member of the NSAA Climate Challenge and Sugarbush works closely with numerous environmental partners including the U.S. Forest Service, the Catamount Trail Association, the Green Mountain Club, the Mad River Watershed Conservation Partnership, the Mad River Valley Planning District and the Vermont Business Environmental Partnership.