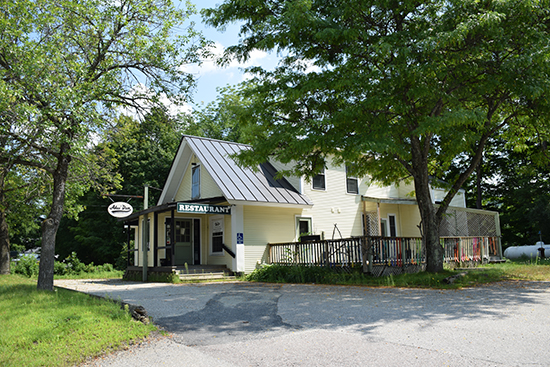 Potential purchasers of The Den in Waitsfield approached the Waitsfield Water Commission about reducing the water fees for that property so that they reflect the actual usages over the last five quarters, versus basing usage on the number of seats.

An August 5 letter from David Crockenberg and Craig Donatelli, both of Rhode Island, asked the board to reduce the number of ERUs (equivalent residential units or a measure of how much water a three-bedroom house would use in one day) associated with The Den from its current 7.12 ERUs to 1.6 or 2.0 ERUs.

“The current water agreement is for 7.12 ERU = 1,740 gallons/day or 156,000/quarter. The actual average water use over the past five quarters, not including the last during which The Den was only open for a portion, is 54,320 gallons or approximately 600 gallons/day or 2.4 ERU. We currently use less than 200 gallons a day at our Providence location, albeit we are of a smaller size,” wrote Crockenberg and Craig Donatelli in a letter to Darryl Forrest of the Waitsfield Water Commission.

They noted that they plan to be open fewer hours which will reduce dishwashing and pointed out that they will be installing low-flow toilets and other water-saving devices.

After the water commission’s August meeting, the commission wrote a letter to Mark Akey, current owner of the restaurant (which closed this spring), acknowledging and granting a request by Akey that the account for that property be switched to debt service only.

Additionally, the commission reduced the ERU allocation from 7.12 to 6.12 in recognition that an apartment over the restaurant was no longer in use.

The commission informed Akey that they had received the Crockenberg and Donatelli request to further reduce the ERUs at the restaurant.

“Water allocations are typically based on capacity rather than actual usage. For restaurants this is determined by the number of seats. In re-evaluating adjustments, the water commission has determined that the capacity identified by the most current wastewater permit should be considered; however, it appears the longtime use of the property as a restaurant predates the issuance of state wastewater permits. Following deliberation and based on consideration of several factors, the water commission voted to reduce the water allocation for 5351 Main Street by 50 percent to 3.06 ERUs subject to monitoring of overages and possible increases in ERUs with future water use,” the commission’s letter to Akey spells out. The street address, 5351 Main Street, is the street address of The Den.

Crockenberg and Donatelli could not be reached for comment.