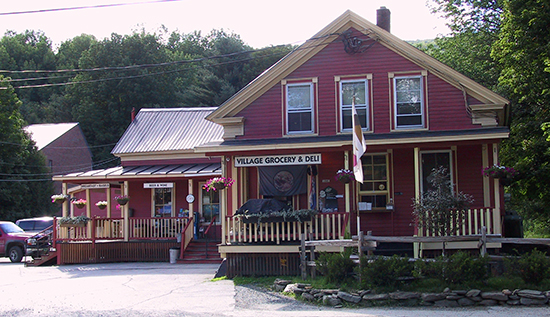 Troy Kingsbury, owner of Village Grocery, came to the Waitsfield Select Board to sound the town out on an idea to hold a Beer for Bernie (Sanders) event on Bridge Street next month.

“I want to do a Beer for Bernie day, not that I’m 100 percent behind him, although I do support a lot of his positions. But anytime a Vermonter is running for the country’s highest office, deserves to have the traction to get his ideas out there. Voters need to know where he stands on the issues and we can get Bernie people to come, explain his positions,” Kingsbury told the board, at its October 12 meeting.

He said that he envisioned Bridge Street being turned into a small beer festival with various brewers selling flights of beer as well as beer by the can and case for consumption off-site. He said music and kids’ events and portable outdoor fire pits and tents could all be coupled with the opportunity for people to learn about Democratic presidential candidate Senator Bernie Sanders’ positions.

“What I see is a farmers’ market-style brew tent area lining both sides of the street on Bridge Street with many little vendors pushing their wares. The business that this would generate would create a huge impact on the business on Bridge Street and would give them and our town great exposure. Perhaps we could even get some local bands to play from the covered bridge. Similar to the post-Irene party that we had there. It would also bring a national spotlight to our neck of the woods as a very unique way to hold an event,” he told the board.

“I’ve got commitments from Sean Lawson and the Klimmichs who own the Alchemist to help me with beer. Vermont has a great draw for craft beer, which you all know if you’ve seen my store on Tuesdays,” Kingsbury said, alluding to the long lines of people that stretch out of Village Grocery on Tuesdays when the Alchemist Brewery delivers its popular Heady Topper IPA.

He said he had already talked to other Vermont brewers and found others who were willing. In addition to spotlighting Sanders’ positions, Kingsbury said that it would be an opportunity to bring people to Bridge Street during stick season.

“November is kind of a dead time and I think I could entice brewers to come down here. They would make their own money selling beer and we could get the local businesses on board. It would give people the chance to check out all the work we’ve done on Bridge Street and to support the businesses on Bridge Street,” he added.

“I could do this at our store, but that doesn’t benefit the community. I want to close off Bridge Street, like we did post Tropical Irene for a community party,” he said.

Select board members raised issues such as whether law enforcement would be needed and how drinking would be managed and parking which Kingsbury said he would address if the board would welcome an application for the public festival. The board said such an application would be welcomed.