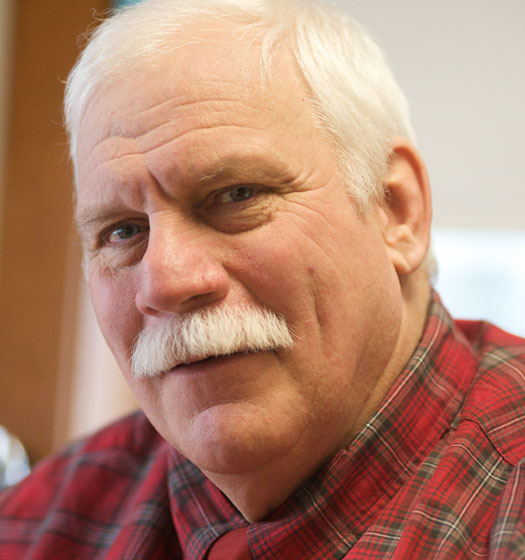 On January 25, Warren PTO and community members organized a public forum in order to provide information about the process of shifting from a public to an independent school should any elementary schools in The Valley choose to do so. A panel of three individuals with experience in the transition spoke before dozens of Valley community members. One of those speakers was Tom Martin – currently the head of school of the Village School of North Bennington (VSNB), which evolved from public status to independence in 2013. The Valley Reporter has followed up with Martin after the event, as many questions about the process and outcome of school independence still linger.

Martin said that his school is categorized as “approved” – one of several classifications of independent schools, which means that it can receive public funds in the form of tuition payments.

First, an important thing to remember while thinking all of this through, he explained, is that school districts and schools are different entities. School districts never disappear – even when a school itself is closed.

For VSNB, tuition rates are determined by the school’s board of trustees and approved by the school board, who then asks residents to vote on this amount at Town Meeting in March. VSNB’s current tuition rate per student is $13,391, with 116 students enrolled, 109 from the town and seven tuitioned in from other towns.

If voters approve the rate, Martin said that those running the school create an agreement with the district that they will accept any child of North Bennington who wishes to enroll. The school board is billed by the school for this amount and submits tuition payments to the school for each child in attendance.

Residents’ interactions with their property tax bills and the way that these bills are payed “remains virtually unchanged,” Martin said. As long as a school district continues to operate in any given town, property tax processes are not affected. Residents in North Bennington continue to write a check to the town which sends the requisite amount of money to the state and the school.

While VSNB’s revenue is unchanged and the school still receives state aid four times yearly, there are a few changes that taxpayers do not see directly, Martin said. The way that the school’s budget is constructed and how expenses are distributed has changed for VSNB. Expenses are built around tuition payments and the budget is simpler. “Money in, money out,” Martin said. Once revenue is set, including tuition rate, “I have to make programs operate in those confines. It has to work for us.”

Is VSNB affiliated with a supervisory union?

As an approved independent school, Martin said, VSNB is not required by law to have an affiliation with any supervisory union. The stated purpose of a supervisory is to provide a greater level of efficiency through consolidation, which has no meaning for an independent school. VSNB provides for all the services typically offered by a supervisory union, such as curriculum, assessment, technology, human resources and business services, “making the SU irrelevant for us,” Martin said.

The nonoperating district “has unique needs, different from a public school district that operates a school,” Martin explained, as VSNB administers much of what the supervisory union would have provided. The district’s needs are very limited, confined to minimal administrative and business services.

Martin said that with independent status, there is an enormous difference in educational programming and curriculum, which is determined by what the community wants – not what the state commands. With a supervisory union, schools must adopt a consolidated curriculum – “It’s part of the law,” Martin explained. But VSNB is not bound to this rule.

The school can, therefore, provide more unique programming, such as a series of language courses that developed in partnership with a local college and are taught by local college students. This could not have been implemented when VSNB was in a relationship with their former supervisory union, Martin said. He noted that at VSNB staff and community members can influence the school calendar rather than have it be provided for them.

Approved independent schools are still required to administer statewide standardized tests and students at Village School will continue to take the SBAC – formerly the NECAP. But, Martin said, VSNB is not then required to report their results to the state, although scores at the school actually increased since it became independent.

That VSNB is no longer threatened to perform better based on the results of tests created by for-profit corporations is a positive effect, Martin said, for both students and teachers.

How will VSNB be affected by Act 46, which seeks to consolidate school districts across the state?

Independent schools are still affected by Act 46, although the law targets districts – not schools. The North Bennington school district will be merged with other districts, but the schools associated with those districts must also be independent, or “nonoperating.” Districts do not need to be in geographic proximity to each other for consolidation and which districts North Bennington will become merged with remains to be seen, Martin said.

What are the larger implications of school independence?

Education-related decisions are not just affecting how kids are educated, Martin said, but economic development as well. There is a relationship between economic growth and the quality of schools within a community – specifically regarding school choice, which comes with independence. Communities with choice tend to have higher property value and lower rates of poverty.

Martin advised, “We should not accept declining enrollment as the new normal,” because “embedded in that is acceptance of economic decline.” Although statewide consolidation of public school districts will come with tax-related and other financial incentives on a five-year scale, Martin said that he sees public fear that consolidation will lead to long-term economic decline and that residents will eventually leave Vermont.

“It’s disturbing that leadership is not looking at how to change this,” he said.